Washington State transfer poised to be offensive force for Aztecs 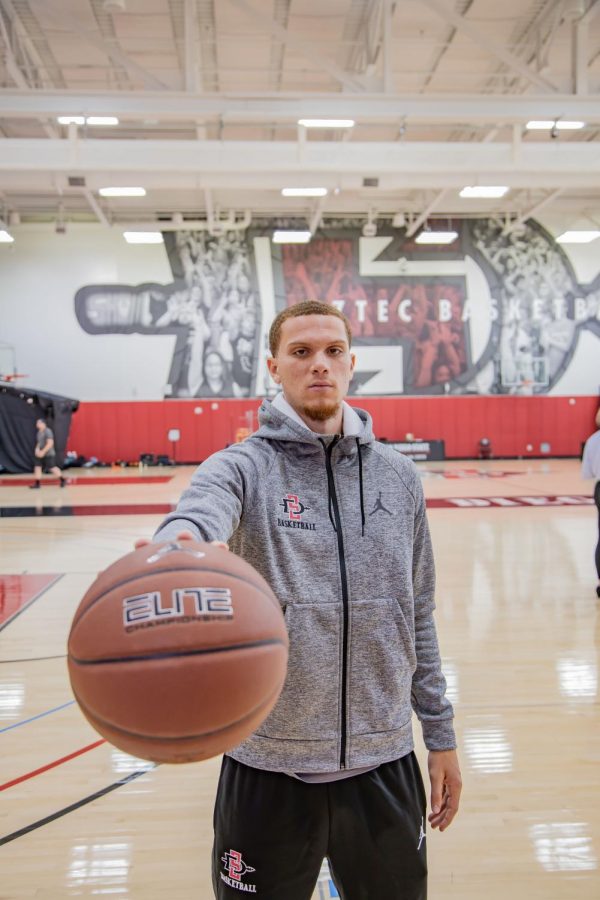 Though he has yet to suit up in a San Diego State uniform, junior guard transfer Malachi Flynn is already being regarded as the guy who will lead the offense.

In his two years at Washington State, Flynn was an offensive force.

Flynn notched a career-high 15.8 points per game during his sophomore campaign, which ranked 11th in the Pac-12. He also led the Cougars that year with 77 3-pointers made – the most in the program since Klay Thompson set the school record in 2011 with 98.

Putting up those numbers at a Power Five school may seem like a situation most players wouldn’t walk away from. However, the problem was Washington State’s record stood at 12-19 and 4-14 Pac-12 play in Flynn’s final year in Pullman.

“Even these last two years, they went to the tournament,” Flynn said. “(Last season), they were one game out. That’s where everyone wants to play in college, trying to get to March Madness. They’ve shown they’re there the majority of the time. That’s big.”

Compared to the Cougars’ zero appearances in the tournament in the last 10 years, the Aztecs have made it in seven of the last 10 seasons.

Thames was recently inducted in the 2019 class of the Aztec Hall of Fame – thanks to numerous accolades such as AP All-American, Mountain West Player of the Year and All-Mountain West First Team. More importantly, Thames helped lead SDSU to three NCAA Tournament births.

Only time will tell if Flynn will match the kind of success Thames had.

He hasn’t even suited up yet, but Flynn already has a load of expectations to live up to.

“I don’t think it’s something I shy away from or necessarily embrace,” Flynn said of the hype surrounding him. “I think it’s just you go along with it, you know (expectations) are there, so that’s obviously going to push you to work harder.”

Flynn is fully capable of all of those accolades, but his main goal is to win.

“That’s somebody I want to play with – a guy that can put up numbers but doesn’t necessarily want to put up numbers. He’s just doing it because he wants to win.”

Look for Flynn to be able to space out the floor with his shooting, adding to an already deep lineup of snipers from the outside.

If head coach Brian Dutcher decides to play small and have all four of them on the court, the Aztecs will have the ability to spread the floor with their shooting.

Even just in practice, Flynn has turned some heads with his game.

Freshman forward Keshad Johnson said Flynn caught his attention during practice and made him realize he is playing at a high level of Division I basketball.

“One is Malachi Flynn. He can go,” Johnson said of who has caught his attention in practice. “It’s different when it hits you: That’s a D1 guy,” Johnson said. “That’s the guy that’s able to go to the league. I’m really here playing with him.

“You can’t point to one thing about him. He can shoot it. He can get somebody else open. He just knows how to play, and when he plays, he’s like a dog. Where I’m from, coming from Oakland, that’s who we like – people that’s dogs. (Flynn is) one of them.”

“If there’s one thing I’m most confident about, it’s him leading the conference in scoring,” Johnson said. “That has Malachi Flynn’s name written all over it.”