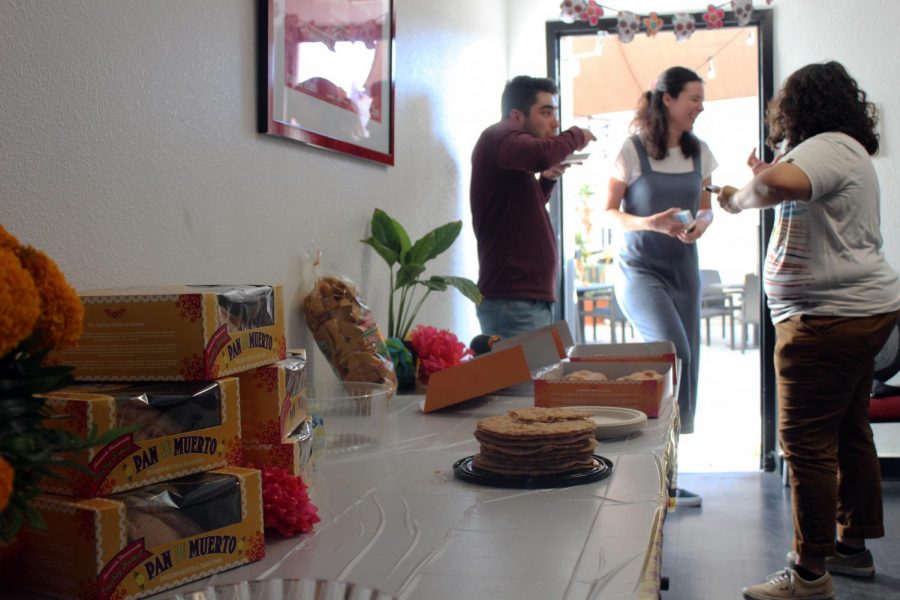 The Pride Center celebrated Day of the Dead.

The Pride Center hosted a Dia de los Muertos celebration on Nov. 1 to bring more awareness to intersectionality and to make all students with multiple identities feel welcome. The event also recognized and honored black transgender women who died due to police brutality.

Intersectionality serves to describe how multiple identities, and the prejudice that often accompanies them, can overlap to create a unique social experience for each person.

“It speaks to the lack of awareness that exists about the intersectionality and how, as individuals and people, we hold multiple identities within one body,” Pride Center Coordinator and graduate student Wesley Palau said. “People are not only queer. People are queer and undocumented, queer and disabled, queer and African American. On top of that, there’s a multitude of other identities. You’re a student, a brother, a mother … ”

The Pride Center is always open to all students of every identity and each is welcome to the variety of events it hosts, Palau said.

The Pride Center was decorated with skulls and bright colors with food for all attendees.

Mini pan de muertos, hot chocolate and sweet and spicy candies were offered to attendees while Spanish music played in the background.

Dia de los Muertos originated from Aztec culture and has spread through Mexico, Central America and South America. It was originally held in August before harvesting season as a way to give thanks to ancestors for helping people grow corn, Smith said.

“I thought it was important for this event to highlight the indigenous origins of Dia de los Muertos because often in Latinx culture, that is often omitted and erased,” Smith said.

The holiday celebrates the lives of loved ones who have passed and by giving them offerings at “ofrendas,” or altars. Other traditions include visiting cemeteries and placing candles on loved ones’ graves to guide them on their path home.

The holiday is generally celebrated for three days, kicking off on Oct. 31. Nov. 1 is the day to remember the passing of children while Nov. 2 remembers those of all ages who have passed.

Different tiers on more traditional altars offer protection and other items. The pan de muertos, or sweet bread, is circular in shape to represent the cycle of life and death. Cempasuchil flowers, or marigolds, represent the sun and a guide for ancestors when visiting home. The papel picado, or “pecked paper,” decorations represent air because of how wind passes through the holes in the center, Smith said.

During the event, there was a “Say Her Name” remembrance ceremony honoring black transgender women who were killed as a result of police brutality. Political science junior Jasmyne Robinson and math junior Christion Covington led the remembrance and read each woman’s name while their pictures were displayed.

“We figured since it was a day of remembrance, why not talk about the black trans women who seem to be forgotten and not remembered,” Covington said.

Covington noted how being queer is stigmatized in the black community and she hopes her work with The Pride Center will help counter that.

“I feel like I’ve gotten a family out here in The Pride Center, a chosen family,” Covington said.

The Pride Center is open to all individuals on campus and offers food, clothing, testing supplies and more resources, Palau said.

They will also be hosting a Trans Remembrance event in the Aztec Student Union at the flagpole and in the Center for Intercultural Relations on Nov. 20 at 11:30 a.m.