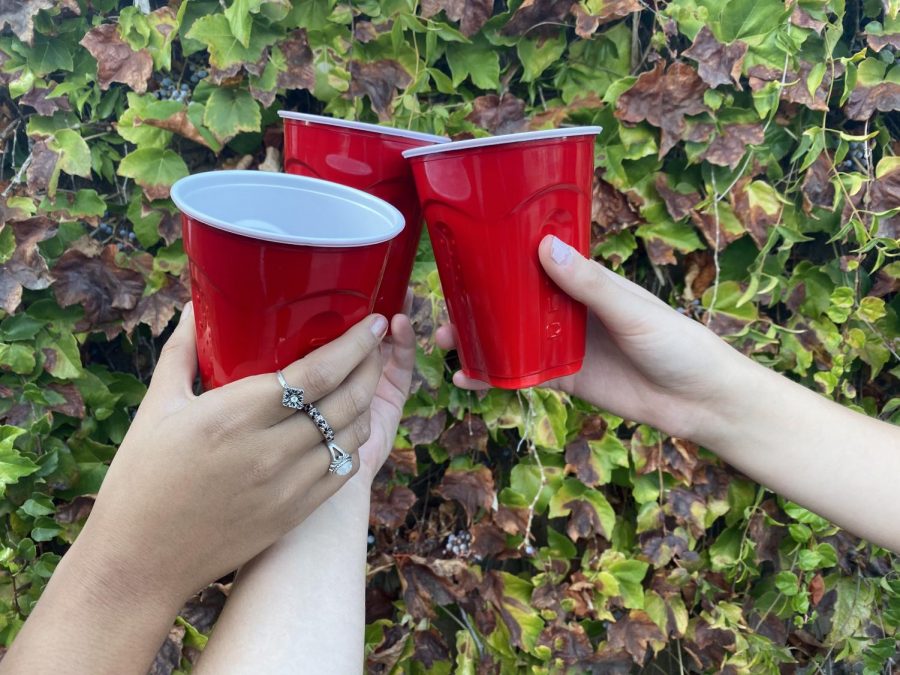 For decades, San Diego State has carried the reputation of a “party school.”  By definition, a party school is a university known for heavy alcohol and drug use or a general culture of promiscuity. Most students enter SDSU with this impression.

The reality is, after the strand of welcome week parties and Greek life recruitment, this expectation will soon fade away for a majority of students.

Although party culture is glorified here, deeming SDSU a party school is an inaccurate picture of the school as a whole. The truth is this culture is masked by an unwelcoming tone to students who aren’t part of Greek life.

When viewing the school’s culture through a Greek life lens, SDSU can be easily classified as a party school. However, the reality is if students are not apart of a sorority or fraternity, the party scene is generally closed off to them.

Of the campus’s roughly 34,000 students, only 3,600 students are apart of the 46 organized sororities and fraternities. This means there are a small fraction of students who have reliable access to parties.

Foods and nutrition freshman Sama Safadi said, “I looked up the percentage of Greek enrollment before attending SDSU. I figured because it was so small compared to the rest of the school that it would be easy to attend parties. I was wrong.”

Really, party culture is a small fraction of what SDSU actually is. Though there are opportunities presented to integrate oneself into this culture, the odds are stacked against students who don’t wish to participate in Greek life or have not been accepted into that community.

Recently, I asked in a class discussion if my peers thought SDSU is truly a party school. The response was a resounding, “No.” Many students shook their heads, explaining how their chances to attend parties have been rare.

To them, attending parties that are not thrown by fraternities requires participation in sports or clubs. The majority described how they were misled by SDSU’s reputation and didn’t realize the exclusivity of parties in the surrounding area of campus. In a course full of upperclassmen, my peers explained how this is something they’ve dealt with for the entirety of their time at SDSU.

When thinking of a party school, it is typically envisioned that the party environment is an ingrained aspect of the school, as well as being accessible to a majority of students. This concept is visible at a neighboring college, Cal State San Marcos. CSUSM freshman Audrey San Filipo described the party culture as an open and welcoming environment.

While it is a growing school with fewer students, San Filipo said, “You just have to put yourself out there as a social person to discover parties. The parties are frequent and easy to attend. People will even invite you just to be nice.”

Unfortunately, for students at SDSU who are not associated with Greek life, finding a way to get into a party requires jumping through hoops and passing restrictions. The task is superficial and highly dependent on looks for female students. Beyond this, any male student who is not in a fraternity has almost no access to Greek life parties.

Though this may not seem important, the most frequent and popular parties are those hosted by fraternities. Due to these restrictions, it can be difficult for students to enjoy what seems to be such an integral part of San Diego culture if they are not involved in Greek life.