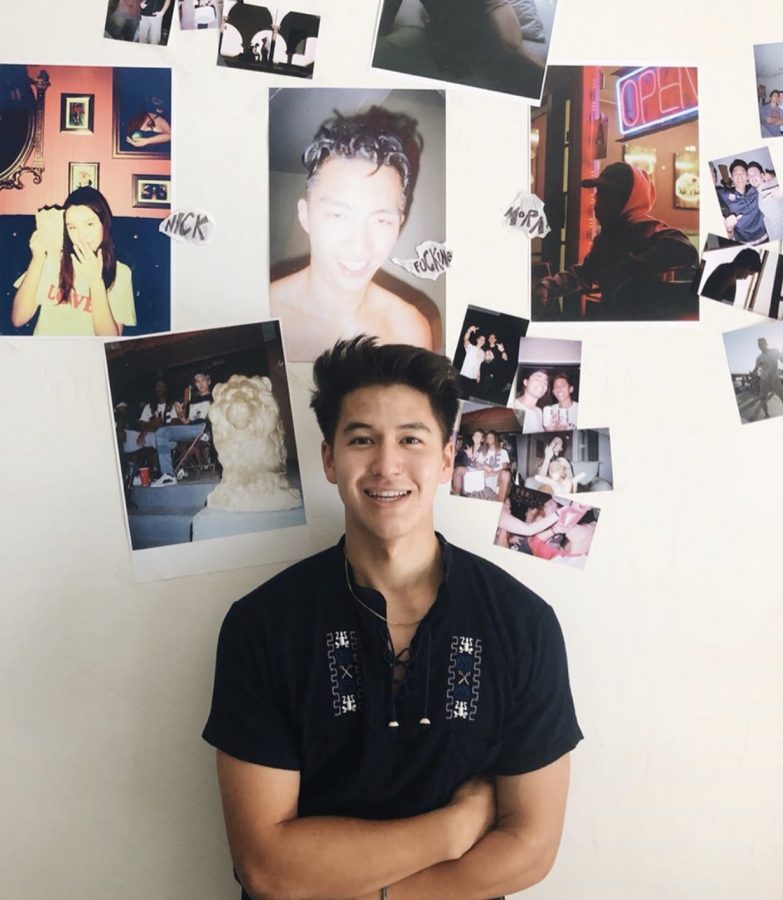 Film fifth-year Nick Mora is an artist with many talents. Deeply invested in painting, drawing, and photography, Mora shows a more darker take at life in his variety of artwork.

Painting is one of Mora’s biggest passions, and he draws inspiration from his own personal life and friends. Mora likes to focus on himself in his paintings and his own life journey being a young person in California.

“I make a lot of pretty personal pieces, they’re all about me transitioning out of San Diego and where I’m at in my life,” Mora said.

He said his pieces describe the inner turmoil and angst in his life.

Mora got his artistic start early in life, beginning to take art classes and drawing at about two-years-old. However, he stopped drawing for awhile and it wasn’t until a couple of years ago that he learned to love art again.

“It’s something that I kind of lost for awhile … I forgot that I loved to draw and paint and then recently in the past couple years, I picked up a pencil again, I picked up a brush again and I was like why did I ever stop? I love this,” Mora said.“I got back into art and declared an art minor.”

“He does a lot of really dark and twisted portraits … he’ll do things like half portrait and half animal faces,” Mora said. “It’s crazy.”

Besides painting and drawing, Mora was initially drawn to SDSU by his passion for film. He started making skateboarding videos in high school and later moved into film photography, finding that the art he had been creating as a kid tied directly into his videos and photos.

This interest in photography has prompted Mora to pursue camera work after college. Painting will always remain a personal passion for him, but he said it is not as feasible as a career.

Through photos and videos, Mora is able to capture a moment that would otherwise be gone forever. He believes film photography is done in a way that an iPhone simply cannot contest.

“There’s a beauty in the process that it takes to take a film photo, develop it and wait for it, and the outcome that you see in a week or two after you’ve taken it,” Mora said. “With that being said, with painting, it’s even more of a process. It takes even longer and seeing this image that you had in your head come to life in two weeks to a month later, all the work that you put into it pays off, and I think it’s a beautiful thing.”