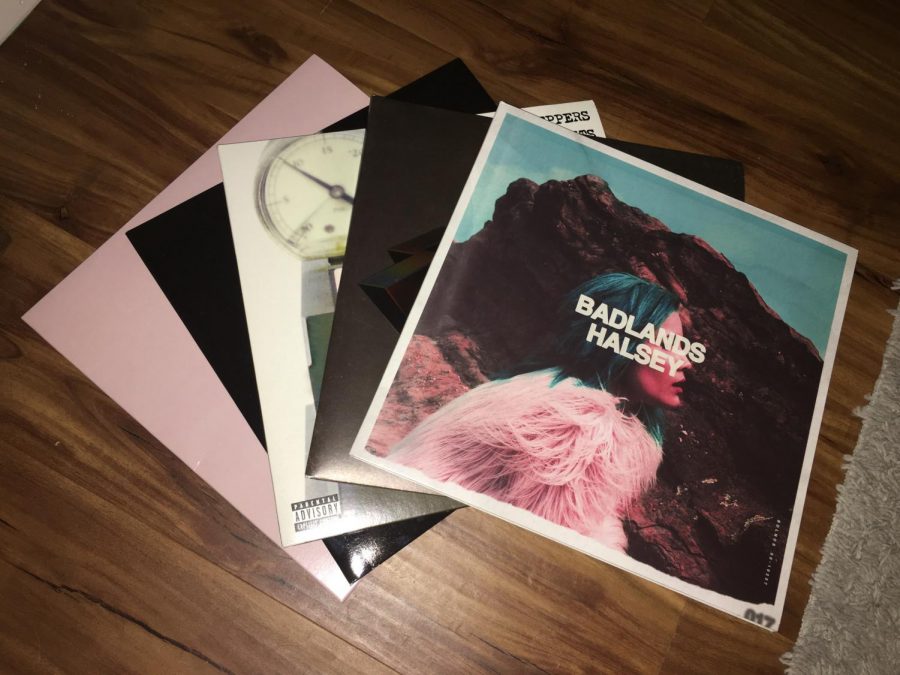 On Adams Avenue, nestled between a gelato shop and a cafe, you’ll find Ruthie Bible sitting on a stool behind a cash register in a skinny storefront shop, watching over hundreds of vinyl records. She’s been at this post for 35 years, observing and listening, as customers come and go.

Bible, who is in her seventies, is the co-owner of Nickelodeon Records, a Normal Heights establishment that has become a San Diego institution. The small record store opened in 1984 but has since been garnering attention from younger generations looking to visit and snap a few pics among the rows of records and with the backdrop of decades of music history behind them.

“Their behavior is totally different,” Bible said about the record store’s younger visitors. “They really like (the shop) and it’s cool and everything, but it’s like a little museum to them. They like to come and take pictures and leave.”

This is something Bible along with the other thousands of record shop owners, and the recording industry at large, have noticed as collecting and listening to vinyl records regains popularity among consumers.

For many collectors, young and old, holding a physical copy of their favorite record, or owning an entire artist’s discography on vinyl, is a feeling that cannot be replaced.

To them, vinyl records are not solely about the music, it is also about the experience.

“I feel myself much more invested in the music and connected to owning an entire album (on vinyl),” finance junior Joe Schaff said. “That (feeling) is kind of lost in today’s age of streaming music.”

Schaff was first introduced to records by his grandma, who would play her old vinyl records when he would visit around the holidays.

“I fell in love with the warm crackling sound,” Schaff said. “Eventually, I found myself with the opportunity to own a nice record player and my collection began.”

He remembered two of the first albums he got were Minnie Riperton’s “Perfect Angel,” and Jim Croce’s “Greatest Hits.” Both were gifts from his grandparents.

“The best thing about records is they all come with stories and history behind them,” Schaff said. “When my grandma gave me Minnie’s record she shared with me one of the best voices I’ve ever heard. On the track ‘Lovin You’ (Minnie Riperton) hits notes that I never thought were humanly possible.”

Schaff collects mostly classic rock records, though has recently picked up albums from artists like Eminem, Kanye West and  Arctic Monkeys. Regardless of the year the record was recorded, he said his process does not change.

“My collecting process begins with learning about the band and the history and then I try to go find specific albums on vinyl,” Schaff said.

However, Schaff said what keeps him coming back to collecting records is not necessarily their unique sound, but rather their ability to start conversations.

“Going from store to store and talking to people that share the same passion is what makes it worth it,” Schaff said. “I absolutely love the conversation aspect.”

As someone who also collects records, I have to agree. Talking to Bible about her collection and comparing notes was a whole other experience, completely separate from the act of listening to the records themselves. Yet, there is something to be said about the artistry involved in producing a record beyond the music.

For example, I have Hippo Campus’ album “Bambi” on vinyl and by far it is my favorite because the amber, black and gold marbled disc is so unique and is just as artistic as the music itself.

For me, a record can be so much more than just another way to listen to music, it really makes the entire experience multi-dimensional.

“(Records) are like a cereal box with the cover and the liner notes,” she said. “It’s kind of you know, art.”

If current trends continue, vinyl records won’t be going anywhere. It’s ironic that only a couple of years ago people were yelling at Bible from outside Nickelodeon records that vinyl was dead.

“God, it was just like being persecuted,” she said.

But throughout it all Bible said she wouldn’t choose to do anything different.

“It’s still fun after all these years,” she said. “I mean it’s really exciting. I learn something new everyday and it keeps me young.”