Opinion: Remember the true history of colonization this Thanksgiving 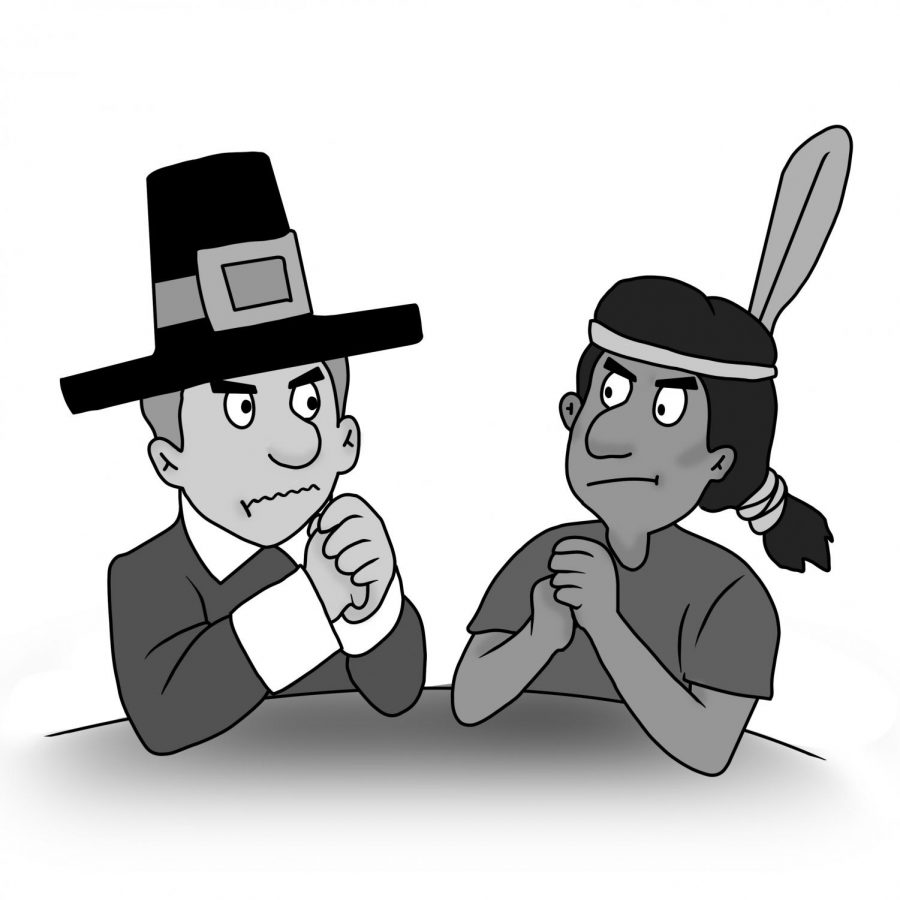 White people need to be better about acknowledging the true history of this country and the relationship between our ancestors and indigenous people.

They also need to realize the vast majority of American history is a lie.

This is the first thing my U.S. history teacher told me at the start of my junior year of high school. Every story we’re taught in elementary school about the foundation of this country is not true. George Washington never chopped down a cherry tree, Paul Revere never shouted “The British are coming!” on horseback and, most importantly, the colonizers and Native Americans were not friends.

The story of the colonization of America and relationships with indigenous Americans is the biggest lie we teach our children. I grew up thinking Squanto willingly taught the settlers how to plant crops (you can imagine my horror at the truth I’ve discovered as I’ve gotten older).

We need to recognize the brutal history of colonization for what it is instead of the false narrative we’ve been going off for so long.

I do not consider myself an overly-patriotic person nor do I hate America. However, this country has an odd obsession with its foundation. Christopher Columbus quite literally showed up and murdered and enslaved indigenous populations. Columbus Day is something that (thankfully) is starting to no longer be celebrated, instead being replaced with Indigenous People’s Day.

The idea behind Thanksgiving and our attitudes around it today are problematic. The  pilgrims arrived in America and had a grand feast to celebrate their accomplishments of colonization — all on stolen land.

We’ve continued this tradition for hundreds of years; the entire concept that we teach our kids that Thanksgiving is the result of one big party between the colonizers and the indigenous Americans only perpetuates the controversial nature of the holiday. The same people who spend Thanksgiving exercising an overly-patriotic show of nationalism and see nothing wrong with it are the same people who support Donald Trump and who continue to oppress Native Americans daily (eg. Dakota Pipeline, blatant admiration of Christopher Columbus).

Native Americans are the only group who have the right to speak on what the horrors of colonization means to them. White people do not —  we were the ones on the benefitting end of these atrocities.

We are getting better as a society of being aware that white and Native American relations were never and are still not picturesque. Wearing headdresses at Coachella and being an “Indian” for Halloween are now, for the most part, frowned upon.

This is more than problematic. As a country, we need to keep moving in the direction of recognizing and respecting indigenous Americans, rather than continuing the legacy of the man who attempted to destroy them.

Why do we feel pride on stolen land?

Native Americans were murdered and forced off land that had been theirs for thousands of years prior, and then forced to assimilate into European culture. To this day, Native Americans are still punished for their indigenous heritage.

There are little to no resources on reservations. Native culture is mercilessly appropriated and voter discrimination runs rampant. Our $20 bill bears the photo of a man who forced tens of thousands of Natives onto the Trail of Tears. We called the blatant and forceful removal of Natives for the sake of expansion “manifest destiny.” This country has never stopped being cruel to those who were here before us.

I am still going to give thanks for my friends and family on Thanksgiving. I recognize how lucky I am to have the things that I do.

However, we all need to do better at recognizing that Thanksgiving isn’t some pride fest to celebrate the “humble” roots of this nation.

Stop thinking Columbus was a good man. He was not. Stop thinking the pilgrims were unsung “heroes.” They were not.

Yes, times were different. I wouldn’t be here if America was never colonized.

We cannot erase history, but we can do our best to acknowledge the atrocities committed to establish this country and respect those who were affected.

Various tribes spend Nov. 28 in mourning. Let us be thankful and also recognize the loss felt by others on this Thanksgiving.