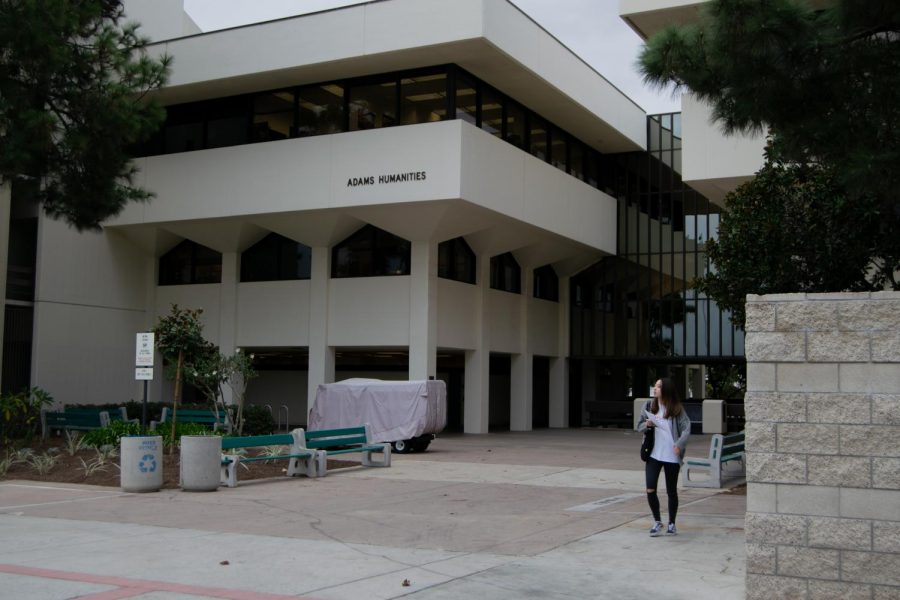 The departments displaced from the closure of PSFA last year have found a permanent home in Adams Humanities.

Displaced departments from the College of Professional Studies and Fine Arts will not return to the PSFA building after an incident earlier this year.

The schools of Journalism and Media Studies, Public Affairs and Tourism and Hospitality were relocated during the spring 2019 semester after dangerous fumes from a botched roof repair to the PSFA building resulted in people getting sick.

The three departments are currently located in Adams Humanities. Five additional buildings, known as PSFA annex, were provided at the beginning of the fall 2019 semester to better accommodate the displaced schools.

“Following in-person conversations with university leadership, faculty members in the Schools of Journalism and Media Studies, Public Affairs and the L. Robert Payne School of Hospitality & Tourism Management have opted not to return to the PSFA Building,” Prislin said. “Those faculty will remain in Adams Humanities indefinitely.”

Public Affairs director Sherry Ryan said the School of Public Affairs was one of the first departments to make it clear they weren’t going back to the PSFA building.

“None of the schools that were previously located there are moving back,” Ryan said. “Our school was the first to say we refused to go back.”

Journalism and Media Studies Interim Director Noah Arceneaux confirmed in an email that JMS faculty came to decision to remain in Adams Humanities rather than move back to PSFA.

“Since relocating to Adams Humanities, the faculty collectively decided to remain in this building and establish it as our new home,” Arceneaux said.

Tourism and Hospitality Management director Carl Winston did not state if his department was returning to the PSFA building, but he did say faculty in his department is content with its current location at Adams Humanities.

Winston also said the relocation to Adams Humanities was difficult, but his department, which had been located inside PSFA for 18 years, has been able to make the most out of their situation.

“It was a little disconcerting because we had been there for 18 years,” Winston said. “We just made the best of it, but it was definitely disconcerting at the time. We just packed up and dealt with it. Now we’re just making lemonade out of the lemons we were handed.”

Similarly, Ryan said the move for Public Affairs was difficult because it happened in the middle of the spring 2019 semester.

“The move kind of created a second job for me and my staff, so our workload doubled because we had to manage the move and had to do our regular job so it was exhausting,” Ryan said.

The decision to not move back to PSFA has some faculty speculating about the future of where the programs will be located if they can’t find a permanent home in Adams Humanities.

JMS professor Roman Koenig expressed concern with the JMS program being left without a home, risking what he referred to as a nomadic program if the program can’t find a permanent home.

Koenig said he would not want to see the same thing happen to the future of the university’s  JMS program in the wake of the decision to forgo its return to the PSFA building.

“It just raises a bunch of questions,” Koenig said. “I don’t want to see the program get permanently displaced.”

Koenig also said he doesn’t dispute the faculty’s majority decision, as his main concern is with the program’s future.

“I’m not critiquing people’s concerns or the decision,” he said. “I just want to make sure we understand the consequences all around.”

Ryan said the issues with PSFA could be a bigger problem for other parts of campus.

“I think what happened with PSFA is not the beginning and end of the story for SDSU,” Ryan said. “I think we need a sustainable plan so what happened to us doesn’t happen to others.”