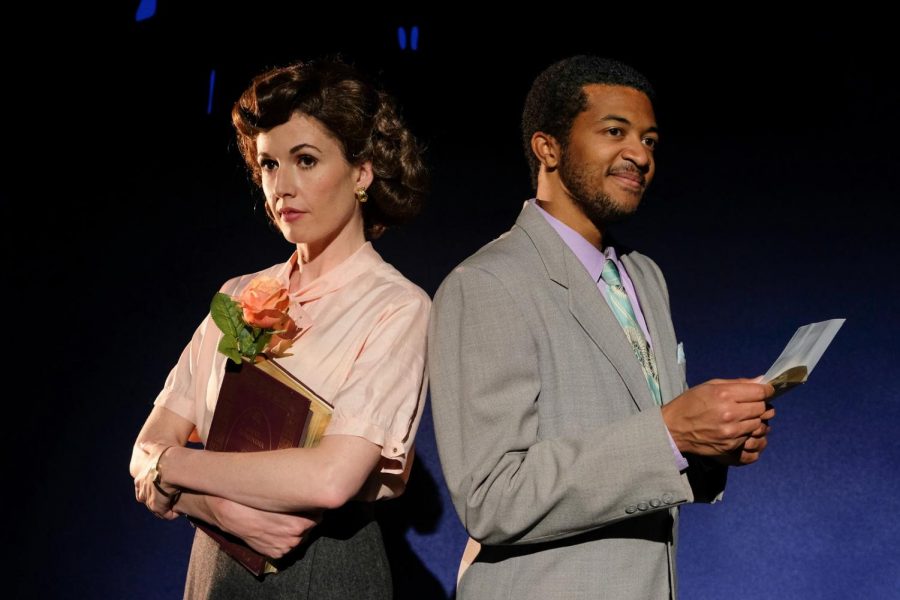 The two main characters write letters back and forth without knowing the other's identity.

“She Loves Me” features music by Jerry Bock and Sheldon Harnick from the classic Broadway musical “Fiddler on the Roof.” The original version of the musical was nominated for five Tony Awards in 1964 after its opening on Broadway the year prior.

The play is set in the 1930s with European scenery. There are two shop clerks, Amalia and Georg, who struggle to agree and get along day to day. However, this all changes when they both, independently, respond to a “lonely hearts advertisement” in the newspaper. Even though their identities are kept secret, they start to live for the love letters they exchange.

“Join Amalia and Georg to discover the identity of their true loves … and of all the twists and turns along the way,” said Musical Theatre International, a New York based musical licensing agency.

“She Loves Me” is written by Joe Masteroff and SDSU’s production will be directed by Stephen Brotebeck.

“Even though it is set in a time period earlier than our own, the theme of finding someone you love still resonates today,” Director Stephen Brotebeck said to Arts Alive. “The two lovers in this work communicate through letters; not entirely honestly, and this theme has even more relevance in today’s social media age.”

Brotebeck said presenting a Golden Age musical at SDSU is important not only for the educational goals of the Master of Fine Arts Musical Theatre program, but also for students of all disciplines to gain exposure to this popular art form.

“She Loves Me” is the perfect production to be closing out the semester, especially with the holidays looming.

“‘She Loves Me’ is a light-hearted, romantic comedy with a touch of the holidays,” theatre performance senior Emmy Farese said. “It’s festive, and this musical will absolutely make you laugh.”

“You will be belly laughing throughout, but also be thoroughly invested in the sweet story,” Vadeboncoeur said. “Plus it takes place around the holidays, so it is the perfect way to get into the holiday spirit.”

“I am the dance for the show and being able to work with Lauren Hautghton on the choreography behind the scenes, and the cast for the dance numbers in rehearsal was such a great learning experience for me,” Igtanloc said. “This type of work might turn into something I want to pursue more in the future.”

“She Loves Me” is known to be a musical that provides the audience a sense of real immersion into the story.

“I hope the audience experiences a moment of escape, filled with joy and love,” Igtanloc said. “This show is well written, with great music and a dynamic story. This show will be a moment to just enjoy and breathe.”

Students form multiple programs, grades and studies all pitch in to create SDSU’s production of the musical. Students in the Master of Fine Arts in Design and Technology program have designed the sets, costumes and lighting.

Vadeboncoeur said the most exciting part of working on the show has been getting to work with professionals both on the cast and creative team.

“A few of the people on this show have Broadway experience, which has been both intimidating and exciting,” Vadeboncoeur said. “I appreciate how working with such amazing people pushes me to be better.”

The musical features a strong dynamic of students and professionals from all levels of expertise and experiences.

“This combination of students allows the master of fine arts students to take on a mentorship role and allows undergraduate students to work with professional artists,” theatre masters student Eden Hildebrand told Arts Alive. “They get to see how people act outside of academics and learn how things work in the professional world.”