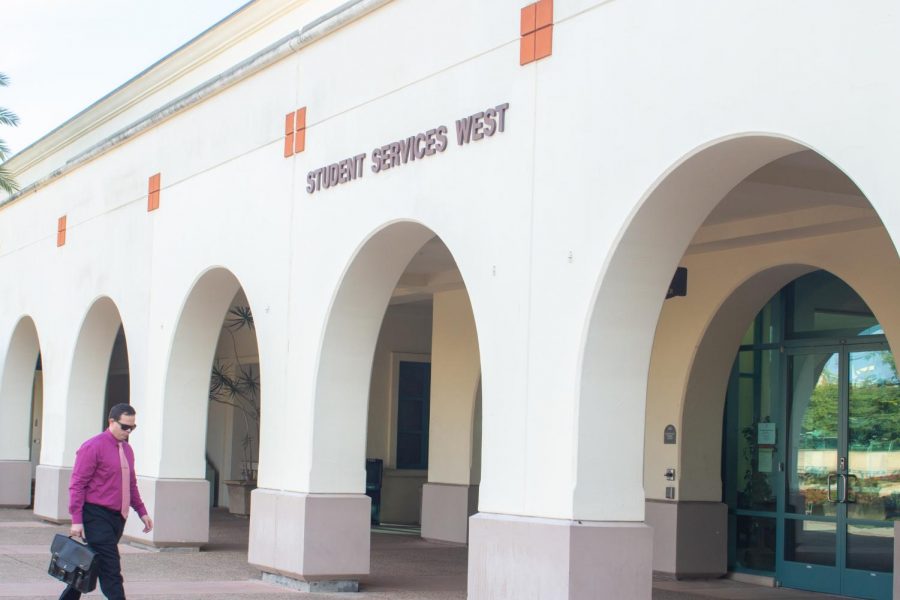 As a senior in high school, nothing felt more stressful than college decisions. You’ve made it to the final hurdle. You’ve taken the classes, received letters of acceptance, toured the schools and now it’s time to choose. Looking back at who I was at 17, it’s easy to judge my past self for all the choices I wish I had made.

I didn’t even apply to San Diego State when I was in high school. I had a one-track mind to go to UC Santa Cruz, and as soon as I got my acceptance in March I was sold. Little did I know, life had a vastly different route for me.

Being a transfer student was not what I pictured for my college experience. I had decided that I wanted to be a journalist, and UCSC didn’t offer the degree I needed to be successful, leaving me with no choice but to transfer to a new school. I changed majors, moved more than 400 miles to Southern California, signed a lease into a sorority house with 40 women I’d never met and now I’m graduating in five years instead of four.

I had envisioned that when I transferred, SDSU would help me every step of the way, considering I was switching from a UC to a CSU and had an unusual case. I found out that was not what would happen.

I accepted my admission offer in April with no indication that my classes wouldn’t transfer properly. I signed a housing agreement with the school (which was later canceled) and once that was settled I booked a flight for my orientation in early August.

Flash forward to the end of my final quarter at UCSC in mid-June. On the last day of finals for the summer, I discovered on my Webportal account that my admission to SDSU was mysteriously rescinded. I hadn’t received a call or any correspondence, and no reason was given online.

After hours of phone calls and waiting on hold, I was informed that after a full evaluation of my transcripts, there was a discrepancy between by UCSC classes and the transfer requirements for SDSU. Therefore, I failed to meet transfer admission requirements and the Admissions Office revoked my enrollment.

Since they informed me well after the registration date of any community college semester, there was absolutely no way for me to take a replacement until the summer. In less than 24 hours, I enrolled in summer classes starting the next week, packed my entire apartment in Santa Cruz into my car and drove home.

I spent all summer going back and forth with SDSU admissions offices about what happened. I jumped through all their hoops. I filed the appeal work, took and passed the classes, and still, they refused to budge. They fully intended to keep my $400 deposit and $100 payment for transfer orientation (which they still have).

During this summer, I was left with a lot of questions, and over a year later they were never answered. In my appeal letter, I included documentation from my local community college showing the class I took at UCSC was equivalent to the requirement in question. I had proof that the admissions offices never informed me of this issue before June, and it was impossible for me to remedy the situation because I wasn’t given the chance. After weeks of not knowing anything, I called and learned SDSU would not reinstate me as a student and my appeal was denied.

I was two years into a degree and had nowhere to finish it. I had withdrawn from UCSC and had no interest in returning. I was forced to cancel my lease, watch everyone around me go back to school and I was stuck in my hometown with no direction.

I spent the entire month of August in a mental health slump. My college experience had already been disappointing, couldn’t I have my transfer work out for me? I felt slighted by the universe, and definitely by SDSU. I felt like I was being punished for a mistake that I was never even given the opportunity to fix, and one I wasn’t even aware of until it was too late.

After a lot of talks and self-reflection, I decided to take some action. At this point, SDSU still had my $400 deposit that’s supposed to go towards my tuition (that no longer existed since I wasn’t a student). I had now completed all the transfer requirements after my summer classes ended.

With nothing to lose, I submitted a second appeal. This time, I was fighting to defer my admission to the spring 2019 semester. I wrote the letter, filed the paperwork and let it take its course.

In mid-September, I finally received the news I was waiting to hear. My second appeal had been approved, and I would be an Aztec starting Spring 2019. A decision from the appeals board couldn’t be overturned by the admissions office, so I was in for good.

My journey with transferring is far from over. I changed majors from art to journalism, and even with that, the process was further complicated by my transfer status. I was forced to submit a petition and skip the standard pre-major process to be a journalism student. Instead of graduating this spring in 2020, I will be a fifth-year student and walking in 2021.

Sometimes I just want to forget everything that happened with my experience getting into SDSU. I got what I wanted, I’m an Aztec after it all. Then, I think about how I wish someone had shared my experience when I first decided to leave UCSC.

I think about all the ways SDSU should have supported me but didn’t. That entire summer, I didn’t feel like a person. I felt like a set of numbers on a screen for them to disregard since it became inconvenient and complex to work with me.

I might be a student now, but it still came at a price. SDSU needs to do better.