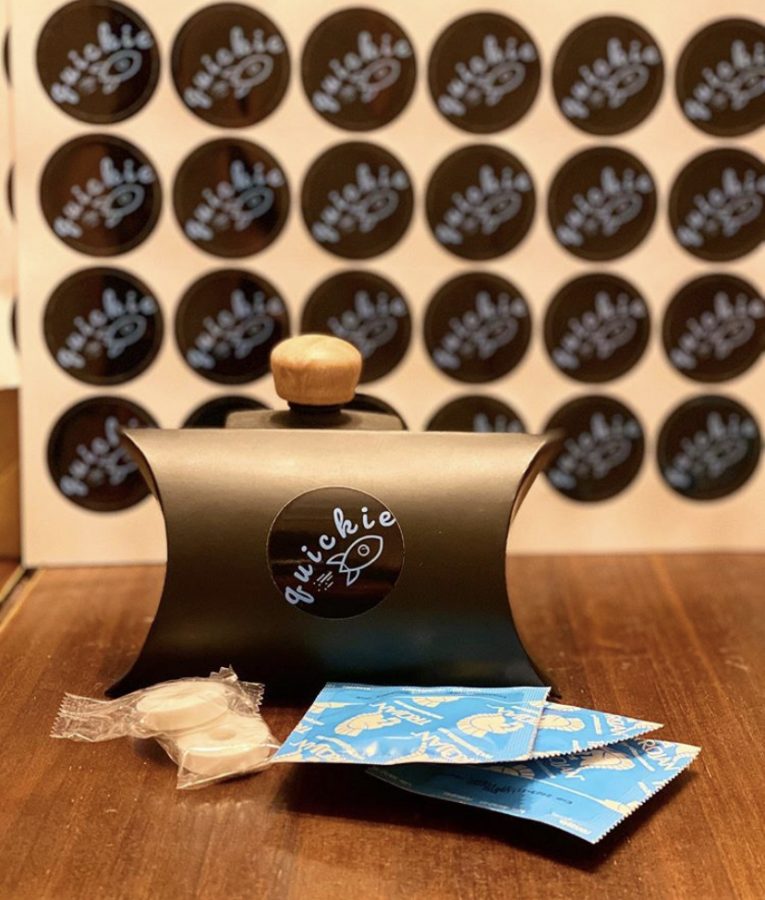 Ever get caught up in the passionate heat of the moment just to realize you have to stop because neither of you lovebirds brought protection?

While the horizontal tango is an effective method for reducing stress during finals season, no moment of passion is worth risking STDs or pregnancy.

Luckily, two San Diegan tax accountants and a San Diego State senior have a quick fix to this issue, or rather a “Quickie” fix.

Grant said him and a couple of his friends had wrestled with the idea of starting this company for about a year now. The business was inspired by Grant receiving a condom with one of his Amazon packages.

“We were like, ‘What if someone was out delivering these if you didn’t have one?’” Grant said. “We just started talking from there and wondered, ‘How is this not a thing?’ and eventually we came up with the idea of starting it here on campus because it’s something that is in need. It’s a trial run right now.”

Deliveries are made through texting their number (619) 558-2567 and their packages come with three condoms and two mints for $8.

They plan to eventually expand their inventory to include latex-free condoms, magnum condoms, Plan B, lube, dental dams, tampons and more, but are waiting to see through the trial process what is really in demand, Grant said. The more they grow, the more they will expand their team and hire more people.

Right now, their packages are cheap to make because they can buy condoms and mints in bulk.

“Right now, we really want to keep it simple,” Grant said. “We’re focusing on condoms and we’ll see where we will grow from there. We’re trying to see if people really want this and is there a need.”

So far they’ve had one successful delivery but their Instagram page has been gaining a lot of buzz with bookmarks, direct messages and more.

Marteu made Quickie Delivery’s first ever delivery to a student at the Chicano part of the SDSU library.

“He gave us his picture from his Instagram and I had to go look for him,” Martue said. “So then, I found him outside and called his name. It just looked like he was very surprised that he actually got it.”

Grant was surprised with how the first delivery went because the customer paid them before receiving the Quickie package through a cash app.

“I don’t know if he was just testing it out or something but he really trusted us,” Grant said. “It was just kind of funny because I got that text before we officially opened. We didn’t want to let down our first customer.”

Originally, they wanted to launch their brand around November, said Grant, but other members involved with the idea couldn’t fully commit their time. They plan to promote their brand more and just spread the word about Quickie Delivery over winter break, Grant said.

They also have future plans to create a website and app if the company takes off, Grant said.

The company’s instagram page is @shopquickie and it currently accepts payment in the form of Venmo, CashApp or cash. Quickie Delivery is open 10 p.m. to 2 a.m., Thursday through Saturday.