Police searching for man suspected of indecent exposure on campus 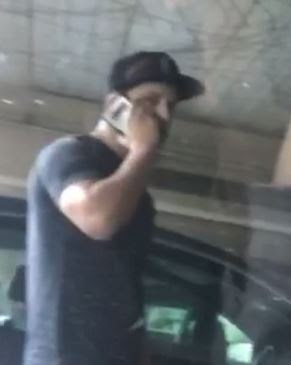 Released photo of the man suspected of inappropriately exposing himself in a campus parking lot on Dec. 14.

Campus police are actively searching for a man suspected of exposing himself inappropriately in a campus parking lot this weekend, according to a community safety notification sent Monday afternoon.

The suspect is accused of indecently exposing himself to a person in Parking 1 on College Avenue. He “began touching himself inappropriately” before heading north toward Alvarado Road, police said.

The incident happened on Saturday, Dec. 14 around noon.

He is described as a dark-haired, clean-shaven Hispanic male in his mid-20s. The person who reported him said he was wearing dark clothes, including a baseball cap, and that he has an average build and is about 5′ 7″ in height.

Police said there were no injuries reported and that there is no current threat to campus.