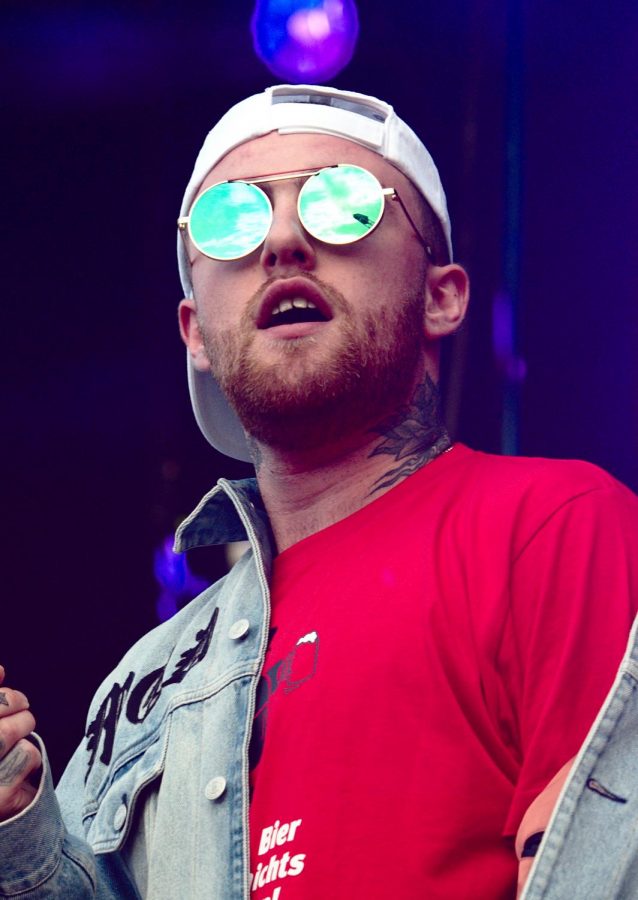 The new decade started with a bang for the music bubble as major recording artists such as Eminem, Selena Gomez and Halsey released new albums for hardcore and casual supporters to enjoy. Amidst the media frenzy surrounding such high profile album releases, fans around the globe patiently waited for one special album to drop.

That highly anticipated album is “Circles” by beloved late rapper Malcolm McCormick, better known and adored by fans as Mac Miller. The surprising and tragic death of Mac Miller two years ago left the world shocked.

Miller, who has extensively documented his struggles with depression and drugs throughout his career, seemed to be on the upswing on his battle against mental illness and substance abuse. His previous project, “Swimming,” centralizes on this growth from his demons and opened up limitless potential for his artistry.

“Circles,” thematically expands on this exploration of Miller’s progression as a follow up to “Swimming,” and serves as a bittersweet farewell to fans and family. Established producer and film score composer Jon Brion, who worked closely with the rapper in “Swimming,” took the helm to complete the album and fully realize Miller’s vision.

With 12 songs, Miller invites listeners to follow his journey toward solace as the album runs for nearly 50 minutes. Sonically the tone, lyrics and production throughout this album indicate a drastic transformation and departure from his previous bodies of work. It was as if Miller was a caterpillar undergoing metamorphosis in his cocoon until his life was shockingly cut short.

The titular first track showcases the direction Miller was heading artistically as the song opens up with soft guitar strings. Being no stranger to experimentation, the instrumental is a large departure from the frat-bro rap sound that ushered him into fame and stardom.

The first words rapped by the late artist are bone-chilling considering the context behind the album before his untimely death. He raps, “Well, this is what it looks like right before you fall,” as if he knew his time was up.

Onwards, Miller glides effortlessly toward the rest of the tracklist as he unfolds and comes to terms with his mental health struggles. With the only feature being singer Baro Sura on the song, “Hand Me Downs,” it’s clear to see Miller was on the way to fully realizing his artistic potential as he favors more melodic singing over his sharp lyrical pen.

The song “Blue World,” immediately grabs listeners’ ears with its trippy sample flip of a 1950s band, The Four Freshman’s song “It’s a Blue World.” The glitchy electronic instrumental paired with chopped up vocals create a mesmerizing beat as Miller raps with his signature charisma, “Yeah, well, this a mad world made me crazy / Might just turn around, do one-eighty.”

As the most hip-hop oriented song on the album, Miller showcases his brilliant ability to effortlessly flow on any beat. “Blue Worlds” is a standout track that perfectly encapsulates the rapper’s artistry and vulnerability.

The overarching theme and message in “Circles” is a lesson in acceptance. Those familiar with the rapper know he has struggled with his mental health and seemed to accept it later in his career. “Good News” is another standout track that perfectly exemplifies this notion of acceptance.

“Good News” was released as the lead single of the album, shortly following the announcement of the album’s release date. Lyrics such as “Maybe I’ll lay down for a little / Instead of always trying to figure things out,” and “I’ll finally discover / That it ain’t that bad,” point towards a positive change in Miller’s mindset contrasting past negative emotions.

Accompanied by a comforting, gentle groove, Miller’s endearing lyrics of introspection suggest a sense of optimism that would have led him out of the darkness, making this song all the more heartbreaking to listen to.

“Hand Me Downs” is another highlight of the album demonstrating Miller’s willingness to be bare with his emotions for the world to listen to. In it, he further displays his mental progression, rapping, “I’m just being honest my conscience ain’t doin’ bad / Because I try to minus the problems that I attract.”

With the instrumental featuring sparse drums and gloomy guitar strings, Miller utilizes the soothing sounds to reflect on what he found most important — his mental health, family, friends and happiness. Baro on the chorus captures the somberness of the track making it a poignant and significant track of the album.

In an interview with popular radio host, Zane Lowe, Brion said the rapper intended to release a trilogy of albums before his untimely death.

“There were supposed to be three albums: the first was sort of the hybridization of going between hip-hop and song form,” he said. “The second would be song-based. And I believe the third one would have been just a pure hip-hop record.”

“Circles” in its entirety is not only a final sendoff for the late rapper who captured the hearts of many all over the world, but it also serves as a fitting culmination of Mac Miller’s career. While a majority of his previous work aimed to find ways to deal with his depression, this album signaled a transformative change not only in his career but also his life.