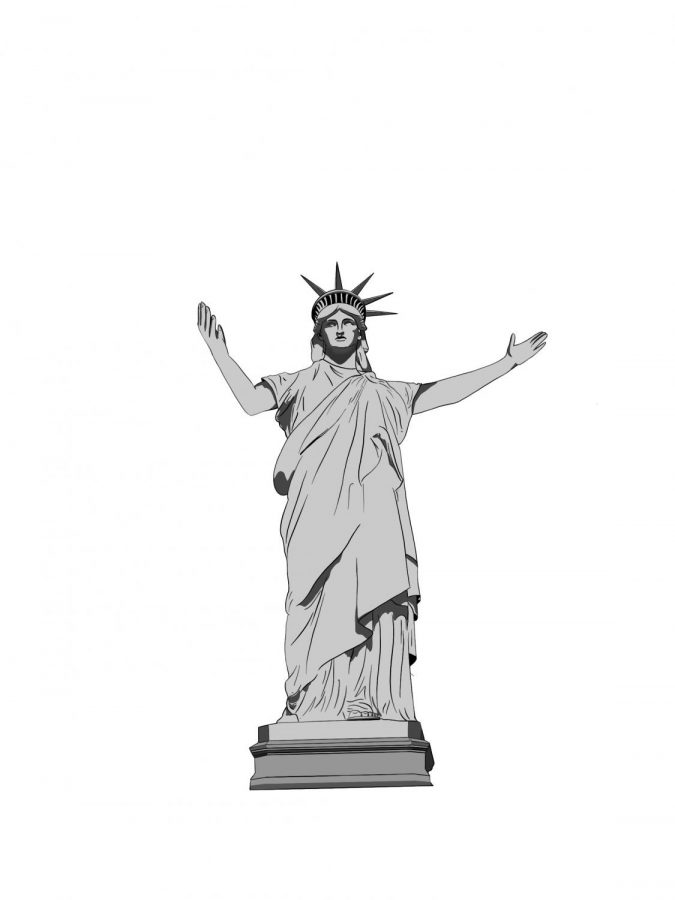 One constant refrain heard from Republicans as the Democratic presidential candidates debate amongst themselves in the run-up to the primary elections is that Democrats are for “open borders.”

That charge is not true, but a comprehensive understanding of its potential benefits makes one wish it were.

First off, it is necessary to define what one means by “open borders.” For the purposes of this article, it would mean: an abolition of Immigration and Customs Enforcement, the removal of all quotas on immigration from any given country and the nullification of President Trump’s so-called “Travel Ban” levied exclusively on Muslim-majority countries. It would not mean the abolition of American borders, as allies of the Trump vision of immigration might scaremonger people into thinking.

There are many benefits to an open borders immigration policy.

In terms of the economic upside, it would serve as an unmitigated boon to industry. The economic data on this is clear, as some economists have pegged the potential of a doubled world GDP, or add approximately $78 trillion to the world economy.

Domestically, it would be a win, as immigrants are, for all intents and purposes, better workers than their domestic counterparts. In 2018, the U.S. Bureau of Labor found that, statistically, the labor force participation rate of adults not born in America was 65.7%, as compared to 62.3% of American-born workers.

Open borders would also enrich America’s already multicultural social fabric. No country even comes close to America in terms of religious and ethnic diversity, and this is a strength we owe wholly to open immigration practices in the past. Only about 5 million of the 330-million strong citizenry are not descendants of immigrants — so it is extremely hypocritical for the direct beneficiaries of immigration (the other 98.5% of Americans) to oppose the arrival of people who, for all intents and purposes, are in situations akin to their own ancestors.

Lastly, open borders would eliminate the question of how to handle the conundrum of Americans whose legal status as citizens is in question. Images of immigrant families imprisoned at our border have been some of the most disgraceful symbols of the Trump presidency. Simply put, the full-scale recognition of freedom of movement as a fundamental human right would mean the legalization of undocumented people. Restricting freedom of movement for reasons other than direct threats to national security is a hallmark of communist and fascist regimes — and it is a given that America should not aspire to be like either of those two options.

The unfortunately under-discussed tragedy by purported progressive champion President Roosevelt to send the S.S. St. Louis and its 937 Jewish refugees back to Europe at the height of World War II, where many of those refugees experienced the wrath of Hitler’s ovens, is an example of U.S. responsibility to be the eternal home for refugees. Not only are refugees good for the American fabric, it is incumbent upon us to not repeat the unspeakable mistake of the St. Louis to any other refugees, be they of the Arab world, be they of Africa or be they of Latin America.

Instead of granting the Trumpian premise on immigration in which immigration is something that should be controlled, Democrats should instead opt for a return to the Ellis Island system for immigration policy. This would mean prospective immigrants show up to a point of entry, and are granted entry to America upon their passage of both a medical examination and a background check for purposes of national security. One of the reasons why we see so many illegal border crossings today is because of the lengthy process one must go through to become an American.

Being an American is unique to any other nationality.

In other words, given that being an American is not to be a certain ethnicity, but rather to aspire to a certain creed, there are presumably millions of Americans abroad who we should open our arms (and borders) to.

Dylan Meisner is a sophomore studying political science and international security and conflict resolutions. Follow him on Twitter @DylMeisner.