Column: Our generation mourns the death of Kobe Bryant 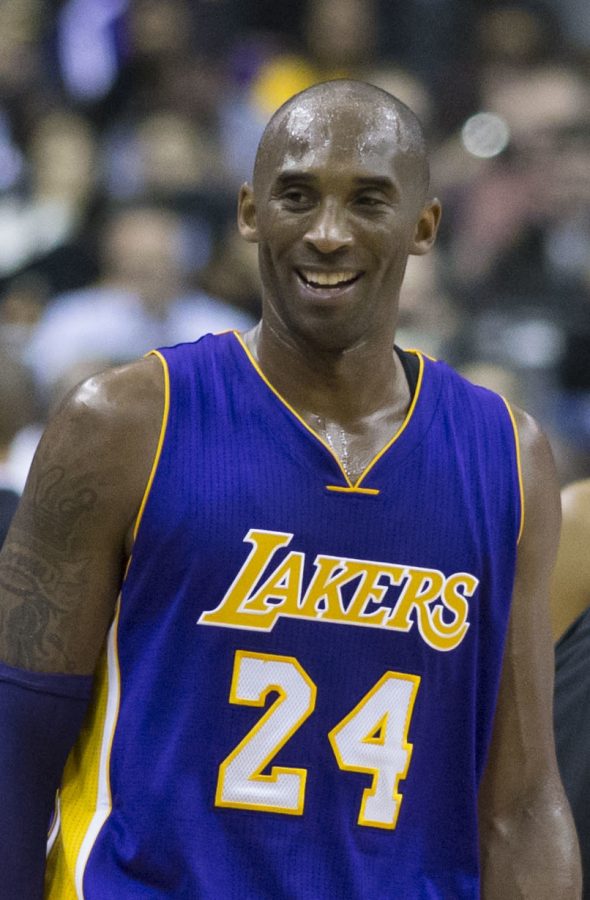 My roommate announced across the hallway: “Kobe died.”

Halfway dressed, I ran up to him and refused to believe him, declaring that the news was fake.

The Kobe Bryant can’t die. He is “Mamba Mentality” — the coldest assassin in NBA history. He had the ultimate killer will and refused to lose no matter what, which very few in the history of humanity have displayed.

But then reality hits: Kobe is human just like all of us – a human who experiences life and death, except the death part came way too soon.

At 41, we’ve rarely ever seen such an icon die so young, especially given the circumstances: a freak accident leading to a helicopter crash. Eight others, including his 13-year-old daughter Gianna, lost their lives that Sunday morning.

This one hit me differently. This is the closest I’ve ever felt to a celebrity death.

I felt like I knew Kobe, which of course, none of us actually did.

As a member of the sports community at San Diego State, I recall the encounters I’ve had with the student-athletes I cover on campus.

None of them knew Kobe personally, but it felt like they all had a relationship with the Black Mamba. We all shared the fact – given our age group – that Kobe was our generation’s sports icon.

All of us felt like we had a personal connection with Kobe because we’ve seen him grow from an 18-year-old kid to a grown man and father of four daughters – a #girldad, as ESPN’s Elle Duncan described in her heartwarming anecdote.

I got a chance to chat with some players on the men’s basketball team such as KJ Feagin and Caleb Giordano before their practice Monday.

Before speaking to them, I gave both a hug. That’s something I don’t usually do because as a student journalist, I attempt to maintain a sense of “professionalism” along with the older media members when we are invited to practice.

But Monday was just a different day.

No words were needed to explain why I gave a warmer greeting to the student-athletes I cover on a regular basis.

We all knew how the past 24 hours had been for us. We lost a childhood icon.

Giordano described memories of watching those NBA Finals games back in 2008 and 2010, when Kobe’s Lakers faced the Celtics. Kobe was the reason Giordano picked up a basketball.

Feagin, a native of Carson, California — less than 20 miles from Staples Center — tweeted right after his team won at UNLV: “Devastated.”

I asked if he plans on having a tribute for Kobe.

I sent a few text messages to football players such as Kyahva Tezino and Darren Hall on Monday, both Los Angeles natives. Though playing a different sport, Kobe was their sports hero, and his passing deeply hurt them both.

I ran into Hall a day later. We gave each other a hug then shared a moment together.

I told Hall when I rewatched Kobe’s Oscar-winning short film “Dear Basketball” a few hours after his death, that’s when I let all my tears go.

The way Kobe showed his six-year-old self how basketball was his first love reminded me of myself when I was a kid.

Basketball was the first sport I played since I was a little boy too.

Folding socks was my favorite household chore because I could pretend to shoot the rolled up ball of socks like a basketball into a laundry basket.