Fraternities and sororities Step into a part of black culture 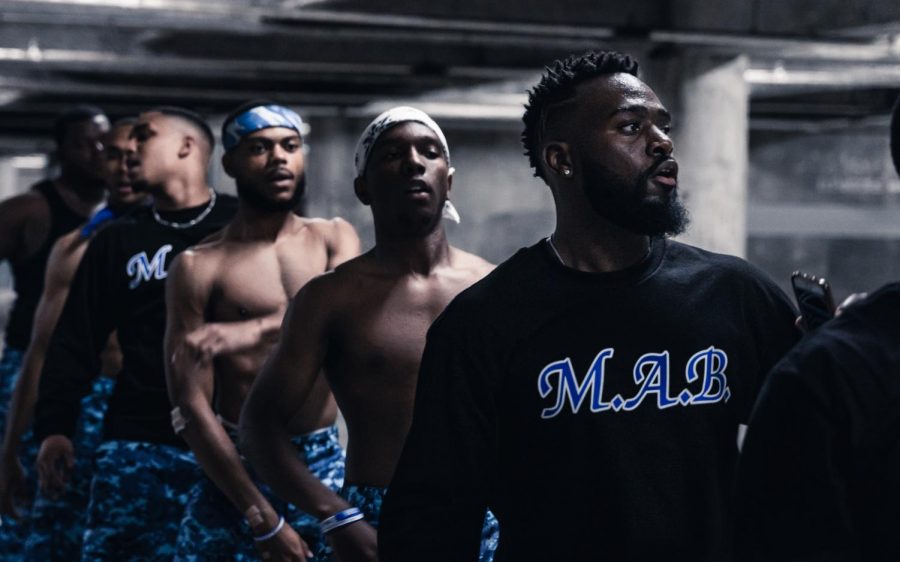 With Black History Month underway, one part of black culture that is often unknown or not recognized touches upon one word: dance.

Stepping and Strolling are two different forms of performance routines commonly practiced and performed by black fraternities and sororities around the country.

At San Diego State, it is performed by multicultural fraternities such as Phi Beta Sigma and sororities such as Delta Sigma Theta and Sigma Gamma Rho.

Stepping involves a sequence of various body movements such as steps, claps, hits and chants toward a certain beat created by the group.

Its roots can be traced back to the African “gumboot” dance by the Welly people in South Africa. It was first seen by the black fraternities going back as early as the 1940s and 1950s. It began to be performed by black fraternities consistently in the 1960s and 1970s, and then reached mainstream attention among all black fraternities, sororities and even the general public in the 1980s when it was used in movies such as “School Day” and “Stomp The Yard.”

Stepping can also involve the use of certain objects in routines. For example, Phi Beta Sigma sometimes utilizes sticks and Sigma Gamma Rho uses canes in their routines.

On the other hand, “Strolling” is a routine where a group dances to music and is uniform is their movements. It is common in events where fraternities and/or sororities perform outside of regular competitions, according to Associated Students President and Phi Beta Sigma fraternity member Christian Onwuka.

It originally started as the term “party walking” in the 1990s where it was common for greek parties to have groups dance with routines. It then got picked up by black fraternities and sororities and has become a part of not just their culture, but black culture as well.

“There are a few national songs that each frat and sorority all stroll too,” public health senior and Sigma Gamma Rho sorority member Taylor Dunham said. “It serves as a way of connecting with each other.”

Even though the routines have been common amongst black fraternities and sororities for decades, many of them have put their own modern touches on it, incorporating modern dance moves for Stepping and using modern songs for Strolling.

“We’ve put our own touch to it by incorporating modern moves and music,” said Onwuka. “For example, we’ve done a step that incorporated modern moves like ‘the woah’ and strolled to songs like ‘Party in the U.S.A.’ by Miley Cyrus and ‘BOP’ by DaBaby.”

“For that show we started practicing in August,” she said. “Our practices were for four days a week, and around three to four hours per week. We would start around 9 p.m. and finish around midnight or 1 a.m.”

For Onwuka, he strives to have his fraternity move as one unit and spends hours going through movements on his own so he can teach it to other members.

“We start by breaking it down piece by piece,” he said. “When everyone has learned the step, that first hill is done. The second hill is to make sure everyone sounds the same when you do it. In the movie “Drumline” they say ‘one band one sound,’ but for us, it’s one step, one sound.”

Sometimes Onwuka admits he even will practice routines in his A.S. office when he has free time in between meetings.

“There are some times where I perform a step in my office so I can show it to the group when we practice,” he said.

Once the groups go from the practice floor to the dance floor though, everyone becomes locked in a certain mindset.

“Once it’s time to perform, I just zone out and look to put on a great show,” Lopez said.

For Durham, she is just thinking about hitting every part of the routine perfectly as a group.

“In my head I’m like, ‘don’t mess this up’ because if someone messes up then we all mess up,” she said. “But also I am encouraging myself and others because this is a performance, this is what we do.”

At the end of the day, Stepping and Strolling remain often forgotten by many people when they think of key traditions of black culture.

Durham hopes that can change someday.

Stepping and Strolling is an art form for black culture,” she said. “It is a major part of who we are as a culture. It would not be talked about by people unless you were in a black frat or sorority.”

Even though it is not well known, the fraternities and sororities hope to keep the tradition alive and a part of black culture for decades to come.