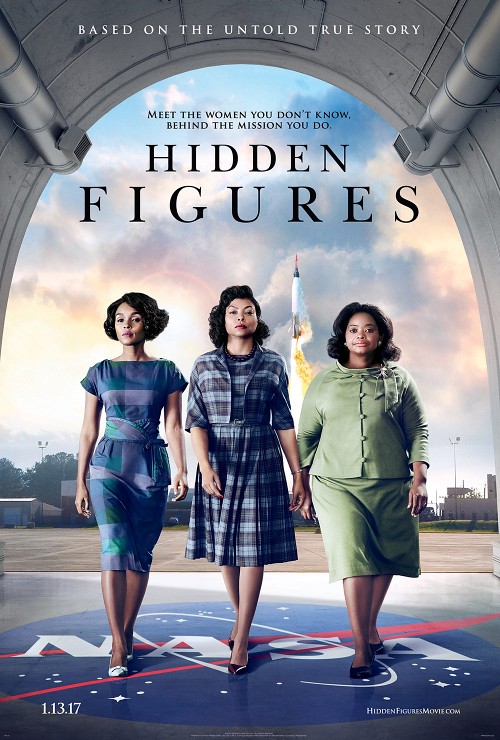 In honor of Black History Month and celebrating the cultural contributions of African Americans, here are some films that represent black people in lead roles in the Hollywood film industry.

With new multifaceted depictions of the black community, these are some standout films that are enriching to this community.

Not only does this film represent black women overcoming gender and racial inequality, but it serves as an inspiration to many. This film is a great representation of becoming more racially inclusive in the media and film industry.

The defining film is based in Virginia when segregation was a normality. These three womens’ roles in NASA were to serve as human computers to conquer calculations in order to get to the moon. Due to segregation laws, the women were forced to work in the “colored building.” However, because NASA was so fixated on the idea of beating the Soviet Union when it came to getting to space, NASA allowed the women to coexist within the predominantly white, male corporation’s building. These women were some of the key sources for the advancement of NASA in the 1960s.

This visionary trio crossed race and gender boundaries and have inspired many. They will continue to inspire generations to come.

This film confronts America’s racist legacy face on. It raises thought-provoking claims about the American justice system and how it is designed to maintain a social and cultural hierarchy between whites and blacks. It also demonstrates the harsh reality for African Americans when it comes to issues such as police brutality and the plight of black individuals.

The 2019 movie presents the issue of African Americans being treated as second-class citizens. With the renowned casting of Jodie-Turner Smith as Queen and Daniel Kaluuya as Slim, this piece can be described as protest art.

In an interview for The Oprah Magazine, director Melina Matsoukas describes the film as, “Black community, it’s about Black love, not just in-front of the camera but behind it.”

Every aspect of this film is intended to showcase the black experience in way most movies neglect to.

This Marvel film stirred the Hollywood film industry by introducing a new level of cultural appreciation for the African American heritage. The 2018 film was the defining moment with its majority-black cast.

Director Ryan Coogler wrote Chad Bosewick’s character T’Challa as the lead in the film. This was huge for black audiences due to decades of  lackluster representation in the major media industry.

The film also brings a breath of fresh air to the perceptions of African women because Nakia, played by Lupita Nyong’o, Suri, played by Letitia Wright, and Okoye, played by Danai Gurira, do not fall into the stereotypical roles that most women are confined to in superhero films. They are independent and do not want to be saved.