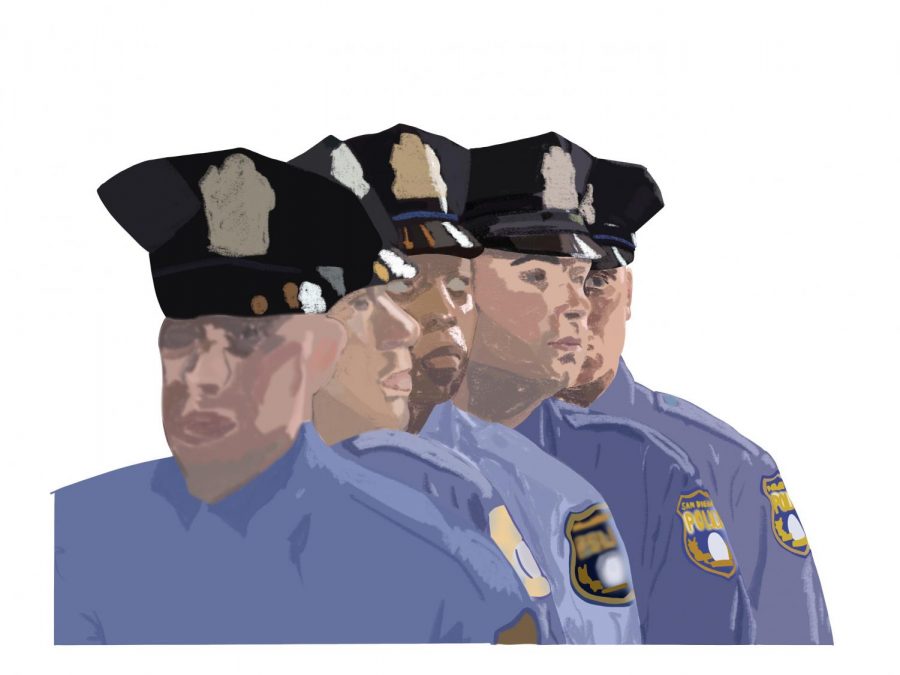 Policing in America has been a controversial subject for decades. The blatant, unequal treatment of people of color has been gaining more and more traction, and many are demanding change. Race, discrepancies in training and biased judges and jurors are just a few reasons why unarmed black men in America are unfairly treated, shot and killed.

Black people in this country have been the subject of racial profiling ever since they were forcibly brought to America. The treatments and inferior status heaved upon them for their skin color have followed black people into the modern era.

The shootings and deaths of Trayvon Martin, Michael Brown, Eric Garner and, unfortunately, many more have sparked public outcry and calls for change. These killings have all been devastating, and many families are still fighting for justice.

An instance where one family was able to see justice was in the case of Botham Jean. Dallas policewoman Amber Gyuger entered an apartment, mistaking it for her own and fatally shot Botham Jean, whom she believed to be an intruder.

The Dallas county in which Guyger was tried had seen a similar case before and set precedent, allowing the jury to find Guyger guilty.

The Jean family had been waiting an entire year and finally received the justice they rightfully deserved.

Unfortunately, this is not the case for many other families. Many police shootings are justified using “stand-your-ground” laws, which, in some states, allow people to defend themselves with lethal force if they believe they are in imminent danger.

This justification has been overused and continues to allow cops who have killed innocent black men back out on the streets. The issue with all of this is said to boil down to race. Moreover, with case after case, similar to Botham’s, it seems to be the only plausible argument.

Police officers go through extensive training to be able to take down suspects in both nonviolent and lethal manners. A Netflix political comedy show, “Patriot Act,” breaks down some of the training that police officers receive.

The host Hasan Minhaj reveals that many officers are trained to fear the communities they are supposed to be protecting.

He uncovers the staggering difference in the amount of hours of training for conflict de-escalation versus weapons and fighting (eight hours versus 129 hours). These discrepancies allow us to assume that when officers rely on their training while dealing with a conflict, they are going to be more inclined to use lethal force or some form of fighting.

Because of the way police officers are trained and known to act, many people fear the police. Innocent people flee a situation or try to remove themselves from being surrounded by police because they are afraid of what can happen to them.

These people are correct to assume this as officers are instilled to use their weapon, rather than talk things out. Understandably, talking through things is not helpful in every situation, but as officers are trained to be observant, why is it challenging for them to tell apart violent black men versus innocent black men?

An article from the New York Times further delves into why race matters when it comes to policing. The article writes, “The Supreme Court has made clear that simply being in a ‘high-crime area’ can be a factor in determining whether a person is armed and dangerous.”

The article writes about racial profiling and Judge Shira A. Scheindlin’s ruling that the New York Police Department’s stop-and-frisk practices violate the Constitution. However historic this ruling is, racial biases do not disappear when a ruling has been made.

First off, high-crime areas are predominantly black and Latino because of the racial biases in this country, but can also be attributed to the wage gap.

According to the Economy Policy Institute, in 2018, black people in America, on average, made 27.5% less than the average white person. That number has increased by about 6% since 2000. High-crime areas are often the only areas black people can afford to live.

This does not automatically mean they are more likely to be armed or dangerous. We have given white people every opportunity in this country and found multitudes of ways to hold black people down.

This has led to death after death and no justice for many families.

Another reason the issue prevails is because many times, the court and its subsequent jurors are more amicable to police officers as the police do uphold the law. The same New York Times article writes, “Courts and jurors defer to police judgments, even if those judgments are inflected by racial stereotypes that inevitably render an unarmed black man more dangerous than an armed policeman.”

This bias toward police frequently makes cases of excessive force extremely difficult to win. This is an issue because the court and jurors are supposed to be an unbiased third party that can examine the evidence presented to them and make a decision based on the evidence.

If the race was reversed, and an unarmed white man was shot by a police officer who had been using excessive force, the country would be in an uproar. However, due to the status of black men in America and how much racial biases still exist, lawmakers are not so evident about policing in America.

Black men are not different from the rest of us. They are humans too and deserve the same treatment as any other.