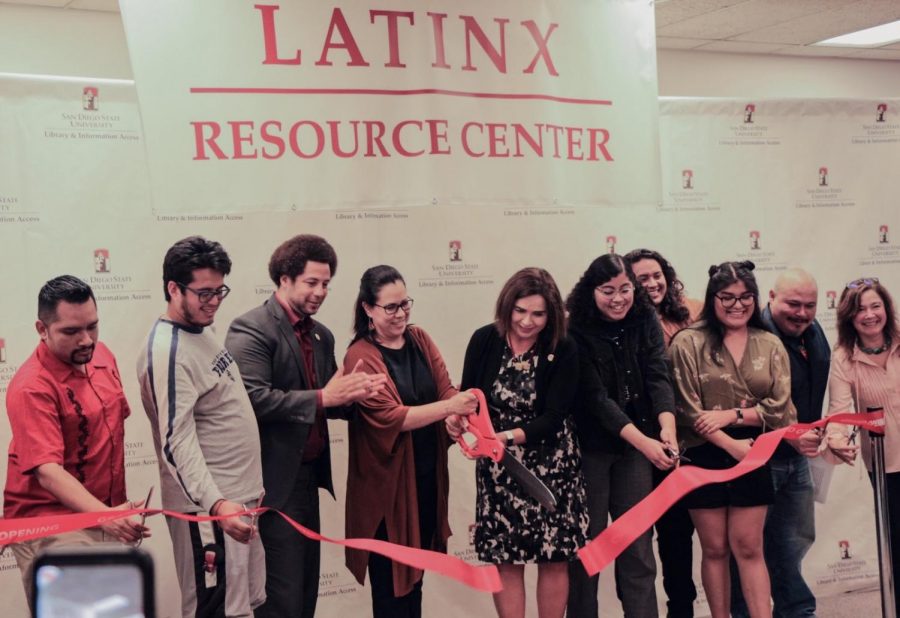 Interdisciplinary studies junior Shadrac Contreras said the center will host a number of programs and other resources for Latinx students.

“As of right now (the services that will be provided) are still up in the air,” Contreras said. “There should be different programs, we’re looking to bring outside resources onto campus, but it’s still under construction.”

According to an earlier SDSU NewsCenter article, the Latinx Resource Center is meant to strengthen the relationship between SDSU and the Latinx community on campus, as well as provide more resources for Latinx students.

“Services will include a culturally based retention program with peer-mentors trained to assist with emotional, social and academic engagement of Latinx students,” the article said.

He said the center has the potential to be that place.

“Just being able to find a place we can go to to feel safe, to see folks who look like us and who are going through similar struggles as us (is important),” Contreras said. “In my opinion, I think this space is really important for us to find a sense of home and a sense of belonging on this campus.”

Social work junior and President of the Latino Student Social Work Association Melanie Ramirez said the center will be beneficial to many Latinx students, but it is long overdue compared to the university’s claims of diversity.

“Since the university talks about diversity and talks about being a Hispanic-serving institution, I think it’s kind of ridiculous that we don’t have a center,” Ramirez said. “If you pride yourself on being a HSI, I feel like there should be more money and more prioritization of helping Latinx students.”

One important distinction both Contreras and Ramirez made about the new center was the difference between Chicanx and Latinx communities. Although both communities now share space with one another in the library, they are not synonymous cultures.

Students said they hope to have them separated to preserve the integrity of each culture.

“The Latinx Resource Center and the Chicanx collection are two different entities,” Contreras said. “So right now one might be under the impression that we’re going to merge the two together, but we’re really advocating and fighting for it being two separate entities because they are two different things, there’s the resource center and the collection. There’s history in both and we don’t want to diminish that by merging them together.”

Ramirez added that, unlike other identity centers such as the Pride Center or Black Resource Center, there is a lack of space that is uniquely dedicated to Latinx students.

“It can be beneficial (to share space with the Chicanx collection) because there’s already a place that people know and identify, but it can be difficult because how much space and room do we actually have if it’s not its own private area,” Ramirez said.

The center’s personnel and resources are funded by the recently approved Instructionally Related Activities fee, which will cost each student an extra $40 per semester in fees starting fall 2020.

Contreras said the fee increase was disappointing, considering the center is not its own facility and is instead a section of the library.

“I’d say our reaction (to the creation of the center) was bittersweet,” Contreras said. “At the end of the day, we’re really grateful that this center came to be, but we’re really pushing for it to be free because this university consistently claims diversity but there’s little to no resources for us.”

The Latinx Resource Center is located on the first floor of the Love Library in the Chicanx collection.