STEM fields must include more women 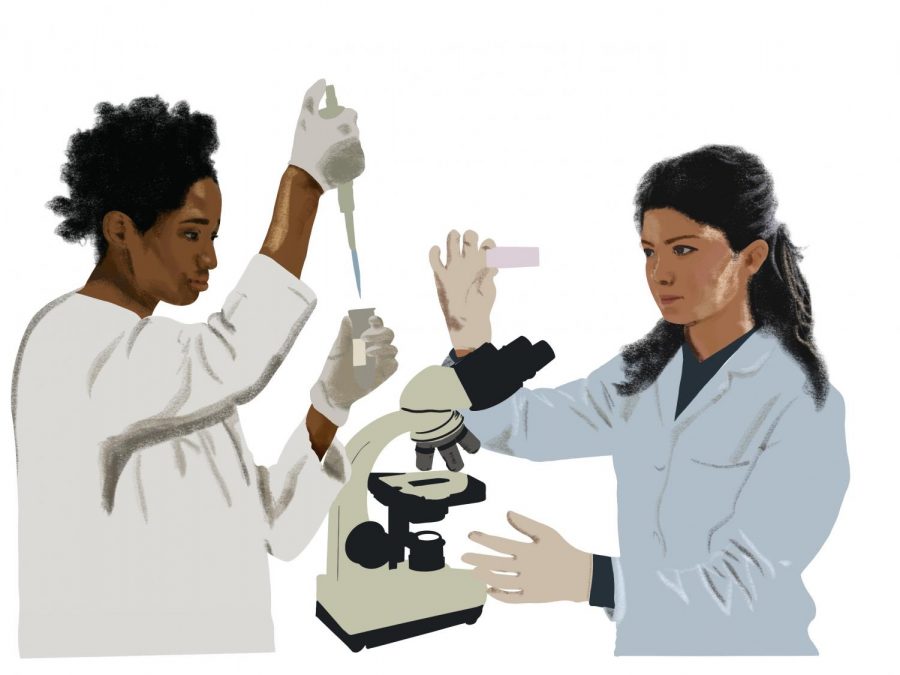 As kids, all of us share an innate fascination for the world around us: the kind that makes us eat bugs, hop in tidepools and look at the stars with wonder. For many people, that child-like sensation leads to a path of inquiry, creativity, problem-solving and ultimately the pursuit of a STEM career.

The concept of the leaky STEM pipeline outlines the process by which curious, motivated little girls face challenges that prevent them from becoming prominent leaders in STEM fields.

However, it’s equally important for people of all genders to understand how implicit biases affect our concept of what a successful person in STEM looks like. In the novel “Blink,” author Malcom Gladwell discusses how implicit biases cause top companies to make unconscious judgements about job candidates based on qualities like race, height and gender.

Today, a lot of these implicit biases are informed by the fact that our current concept of what people in STEM look like is heavily shaped by the fact that we simply haven’t seen women in these roles in the past. When an interviewer is seeking to fill a position for a role in STEM or in leadership, they are likely to unconsciously prefer someone who is tall, white or a man because, historically, that kind of person fits the bill best.

I’m a short, young woman of color, and definitely not a misogynist. But even in my own life, I’ve experienced how these biases cause me to question my worth in relation to others. Although I am in control of how I conduct myself professionally, I can’t change that the little, invisible, sexist worm inside of other people’s brains will lead them to see me as a less qualified because I’m not as tall or as stoic or because my handshake might not be as firm as the next guy’s.

Even if I get past the interview or if I land that dream job, there will be infrastructural gaps to remind me the STEM workplace was not built for women.

At a networking event for SDSU’s Women in Science Society, one of the professors I spoke to told me about when she recently onboarded a pregnant graduate student in her lab only to find out that the Chemistry Department did not have a protocol for accommodating pregnant women and new mothers in the program.

During my summer internship at a hospital, one of the male mentors described the challenges he faced balancing school and residency while having four children over the duration of his medical training. One of my female peers noted that while his situation was difficult, for women aspiring to be doctors, making similar personal choices while in medical school simply wasn’t possible considering the time off required for childbirth, recovery and bonding.

In the same summer internship, I had the chance to shadow a fellow (a specialist-in-training) who had recently gotten off of maternity leave. Her child was two months old, and between attending to patients across the hematology unit, completing loads of paperwork and attending clinic, she had to make time every two hours in her day to pump.

The prevalence of discrimination and harassment against women in STEM — and in general — is common knowledge. Women in STEM suffer from the highest rate of sexual harassment in any field outside of the military, and as is true in any field, more often than not this harassment will not be reported, and the perpetrators will not be punished.

The bleak realities of the landscape of working in STEM as a woman can only be changed by giving women more positions of leadership, both within institutions in the STEM field as well as in the legislature. History has shown us that we as an oppressed people cannot keep waiting around until someone in power decides to make space for us.