How are students getting political campaign news? 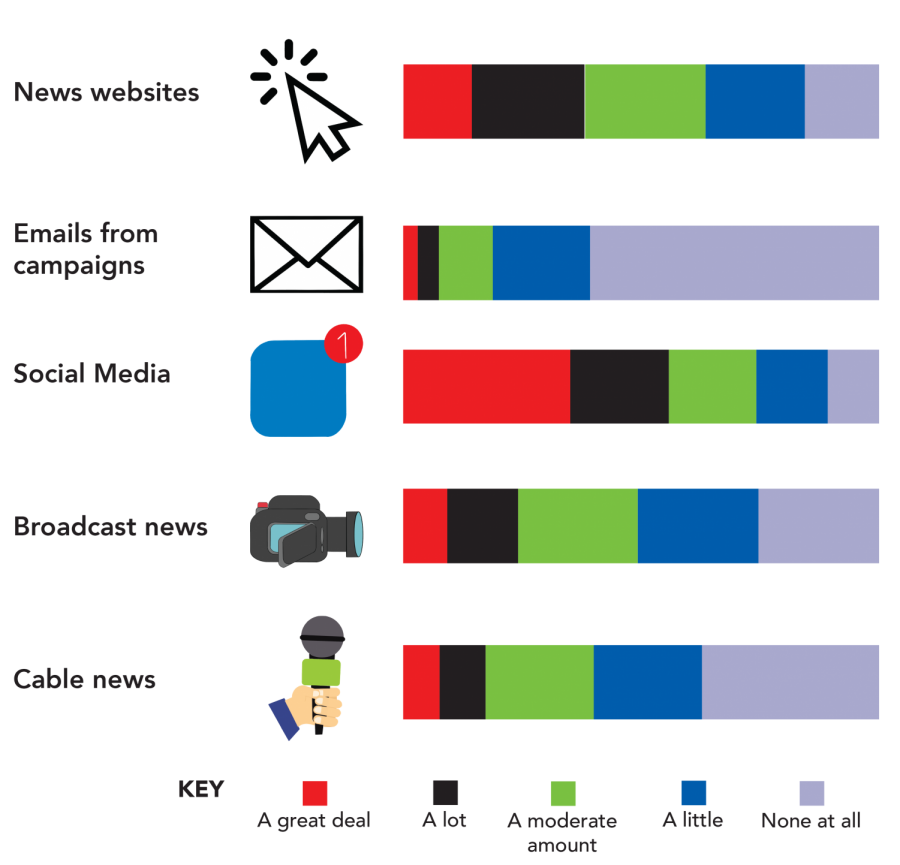 Out of eligible March 3 Democratic primary voters, respondents were asked to rank the media platforms from which they gather the most information. Some notable stats taken were that 60% of respondents received no campaign news via email newsletters, but 35% of respondents said they get their campaign news “a great deal” via social media. TV news, both local media and cable news, were also unpopular news-gathering methods for respondents compared to online platforms.