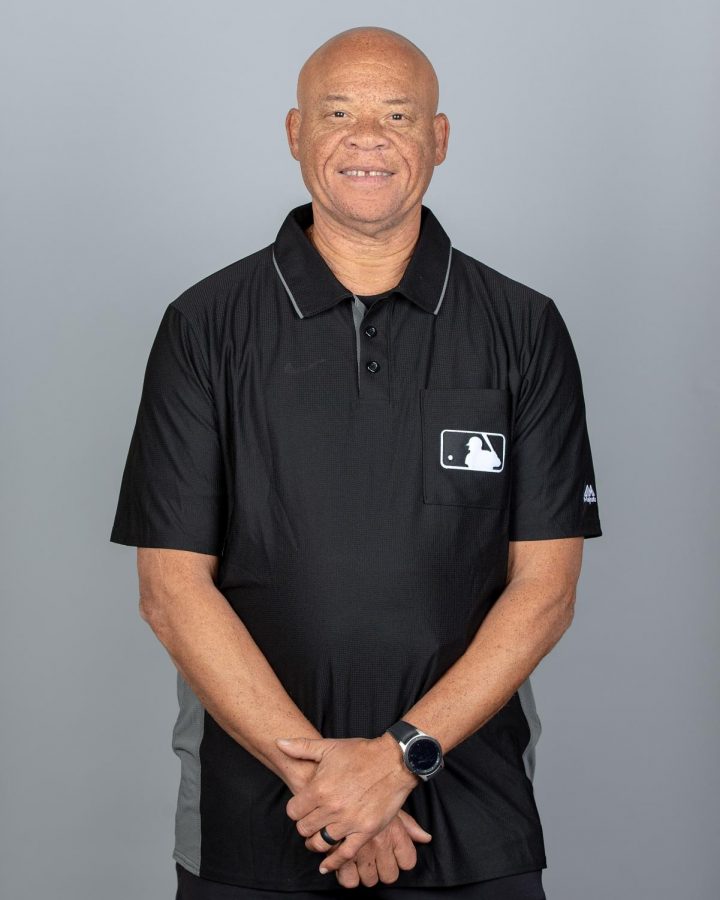 San Diego State alum Kerwin Danley became the first black umpire to hold the title of crew chief after MLB announced a series of promotions and retirements on Feb. 27.

As a crew chief, it will be Danley’s responsibility to act as a liaison between the crew and the league. As the senior member of the crew, Danley will be responsible for supervising other umpires while acting as the main director of the rulebook and official reviews.

Danley spent 2019 as a member of “Crew S,” one of 19 umpiring crews in MLB, alongside Ted Barret, Lance Barksdale and John Tumpane while appearing in the NL Wild Card game and the ALCS.

Danley now joins the likes of Emmet Ashford, who paved the way for African American umpires when Ashford became the first black umpire in 1966.

After batting .399 as an outfielder, Danley was named a First Team All-American for the Aztecs in 1983. SDSU advanced to the NCAA Tournament in the same year but fell to Stanford in the West Regional

As a student-athlete at SDSU, Danley suited up alongside future Major League pitcher Bud Black and was roommates with Tony Gwynn who was inducted into the Hall of Fame following his 20-year career.

He began his 23-year career in the independent Northwest League in 1985 and didn’t get his first taste of the majors until 1992 as a substitute umpire.

Six years later, he was hired to a Major League staff.

The 58-year-old has a long list of achievements to his name.

Danley was the first base umpire on Aug. 4, 2007 when Barry Bonds tied Hank Aaron’s career home run record (755) with a second-inning home run.

Ten years later, Danley was once again the first base umpire when Miami Marlins pitcher Edinson Volquez pitched a no-hitter against the Arizona Diamondbacks on June 3, 2017.

Perhaps the most memorable moment of his career came not during a World Series or an All-Star Game, but alongside an old college friend and teammate.

During a game between the Montreal Expos and the San Diego Padres on Aug. 6, 1999, Danley was manning first base as his former roommate Gwynn, then an outfielder for the Padres, slapped a single to right-center field, marking his 3,000 career base hit.

The two former Aztecs met at first base and exchanged a hug as Gwynn’s teammates began to exit the dugout – a touching moment shared by two SDSU alums.