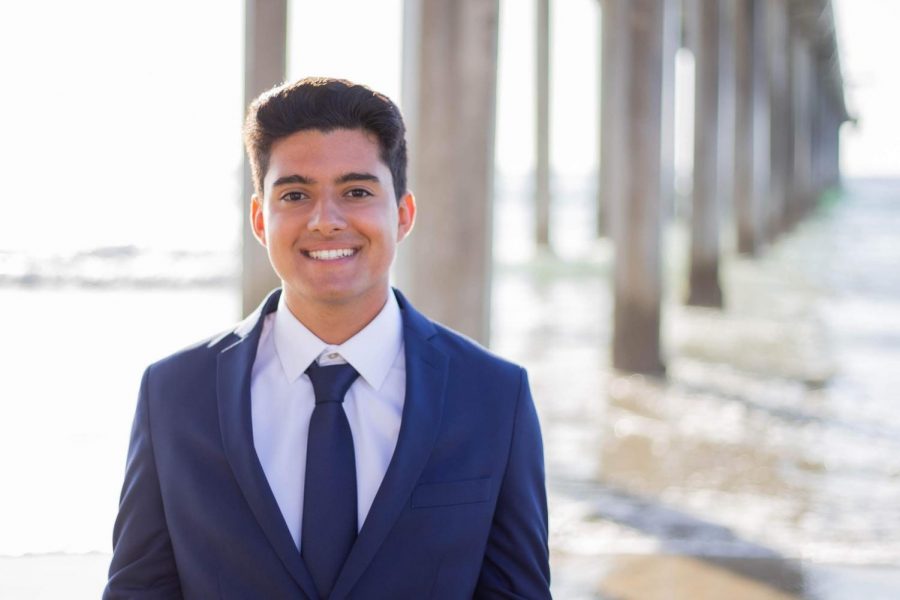 While most San Diego State students are scrambling to secure housing for the next school year, one student is busy selling homes, instead.

Sundlie obtained his real estate license in June 2019 and chose to work for Coldwell Banker Royal Realty because of what he heard from one of his coworkers and close friends, business sophomore Miguel Aldrete.

Stepping into the real estate profession is not one Sundlie is entering into alone. In fact, his family is involved as well.

“I’m a third generation of real estate,” he said. “My grandfather was a realtor up in Tracy and then my mom is currently a loan officer. She’s the one who does like the financing for people purchasing home.”

Because his family has been involved in the real estate process for a long time, he grew up around it.

“I’ve been around it my whole life,” Sundlie said. “I’d constantly go with my mom for the signing of the loan documents and other things. Like other realtors, I found a passion for it.”

Sundlie chased that passion all the way to selling his first house on Jan. 11 of this year.

“It’s an awesome feeling,” he said. “You put in months and months of work with no paycheck. Once you sell that home and the clients are happy and you give them the keys, you share that moment with them starting their life in that home. Then once you realize you sold a half of a million dollar home, it is crazy to think about.”

Balancing the job of being a part-time student and a realtor is not easy for Sundlie.

“You have to stay on top of yourself,” he said. “But the great thing about real estate is you can work whenever. If I ever feel I’m getting too stressed out with school I can kind of slow down on real estate, because I know I’m still there when I completed school work that was like a regular job.”

The real estate business also carries a personal touch for Sundlie. He lost his father at 17, and it affected how he works and who he is as a person immensely.

“His dad helped shape who he is,” Yumi Tan, Sundlie’s girlfriend said. “I think facing that obstacle and overcoming that is part of who he is.”

Sundlie has used the obstacles in his life to fuel his drive for success. Aldrete remembers when Sundlie first met him in class in Fall 2018.

“We had a little writing assignment to introduce ourselves to the rest of our classmates,” he said. “I talked about how I was a real estate agent and Spencer chased me down after class asked how I got into it. From there, I told him my entire route of how to get a realtor license.”

“Three months later, he called me up and was like, ‘Hey bro, I got my license. Now what,’” Aldrete said. “I was impressed by that initiative and proof and excited that someone actually took my advice and ran with it.”

From there, Aldrete got Sundlie an interview with Coldwell Banker. Aldrete takes pride in seeing Sundlie take his advice and become successful with it.

“I’m just like super proud of the action he’s taken,” he said. “His successes make me proud and it makes me feel like I’m doing the right thing.”

Aldrete says Sundlie’s story serves as a message all students can listen to.

“It shows you don’t have to wait until after college to make something happen,” he said. “Spencer’s story is an example where for whatever you want to do, go out and make it happen today. Don’t wait until after graduation or don’t wait until someone gives you permission to do it. Go out and do it and there’s going to be failures along the way.”