Living in dorms helps get freshmen involved on campus 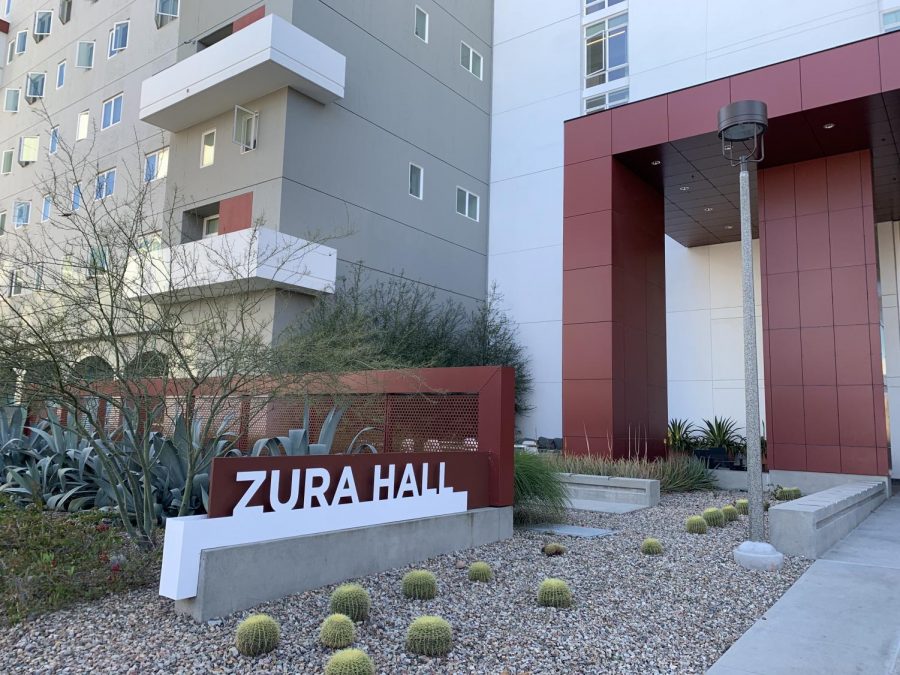 Staying in a dorm Freshman year is one of the most important decisions a new college student can make.

As a second semester freshman, I’ve been living in Zura Hall this academic year due to the university’s requirement that all non-local, first-year students live on campus. Initially, I somewhat resented this policy, as renting a small apartment with a few friends just outside of campus would have been much more affordable. I began to resent this even more once I found out about the new “Sophomore Success” policy requiring non-local students to live on campus during their second years as well.

But as I’ve progressed more into my first year of college, I have begun to realize how important living on campus has been for my academic and professional career so far. I realized that a lot of the activities and organizations I am involved in would be a lot more difficult to stay committed to had I not been required to live on campus.

For example, one of the ways I have been involved with the university is through the Community Service Commission, an Associated Students organization that gives back to everyone on and off campus through volunteer work. Because I live so close to the student union, I have been able to attend meetings and volunteer consistently and have made a lot of connections and friends I would never have made otherwise. Already in my first year, I have connections to this institution that will last me through my entire San Diego State experience.

Another way I’ve been involved is through the paper you’re reading right now! As a journalism major, The Daily Aztec has allowed me to experience what a newsroom is like and what to expect from a career in this field. I am much more prepared and excited for a future in journalism due to my involvement with this paper. Had I not lived on campus as a freshman, it would have been much harder for me to be motivated enough to stay involved through the early days, as attending meetings and production nights can be difficult to commute to and from.

And there are studies that show the benefits of living on campus, especially during one’s first year in college. The Iowa State University Department of Residence found that “living on campus during the first year resulted in a higher return rate to Iowa State and an increased improvement of academic performance … along with a higher graduation rate.” The university discovered it was easier for campus residents to quickly become acclimated to the school and get more involved.

This study shows us that the closer one lives to the university they are attending, the easier it is to stay motivated in all aspects of college life. Because students on campus are constantly surrounded by other students who attend the same university, it encourages them to also stay involved with whatever is going on, and in many cases can improve academic performance as they can share their struggles with other students.

But even aside from location, I would argue dorm life is important for anyone starting at college to experience. Consider the fact that the majority of freshmen coming straight out of high school have little to no real-life experience under their belts. Living in a dorm forces these students to get along and learn how to live with a roommate, or multiple roommates, who may be entirely different people from themselves.

I think living in such close proximity to others builds social skills and allows freshmen to learn how to get along with others in the adult world. If someone has an issue with their roommate, they are directed to first work it out themselves. In many cases this forces innately different people to try and get along better with those they otherwise would ignore.

There is one big issue with staying in a dorm, however, and that is the cost. Despite what it may seem, tuition is not anywhere close to the greatest expense of attending SDSU. The university estimates 2019-2020 tuition for California residents to be about $7,510, while yearly housing and food is estimated to cost $17,752. Evidently, room and board is significantly more expensive than the cost of actually attending the school. Even if the tuition of SDSU were free, many students still wouldn’t be able to afford college.

Although there is something to be said for lowering housing costs, I am still glad tat SDSU has a requirement to stay on campus for students’ first year. It has allowed me to grow as a person and be involved on campus beyond just attending class. The introverted part of me likely would have gotten a small place off campus and been a commuter had I not been required to live in a dorm.

Living so close to the heart of campus has helped me come out of my shell and really immerse myself in this community of Aztecs.

Patrick Doyle is a freshman studying journalism and political science. Follow him @PatrickDoyle100.