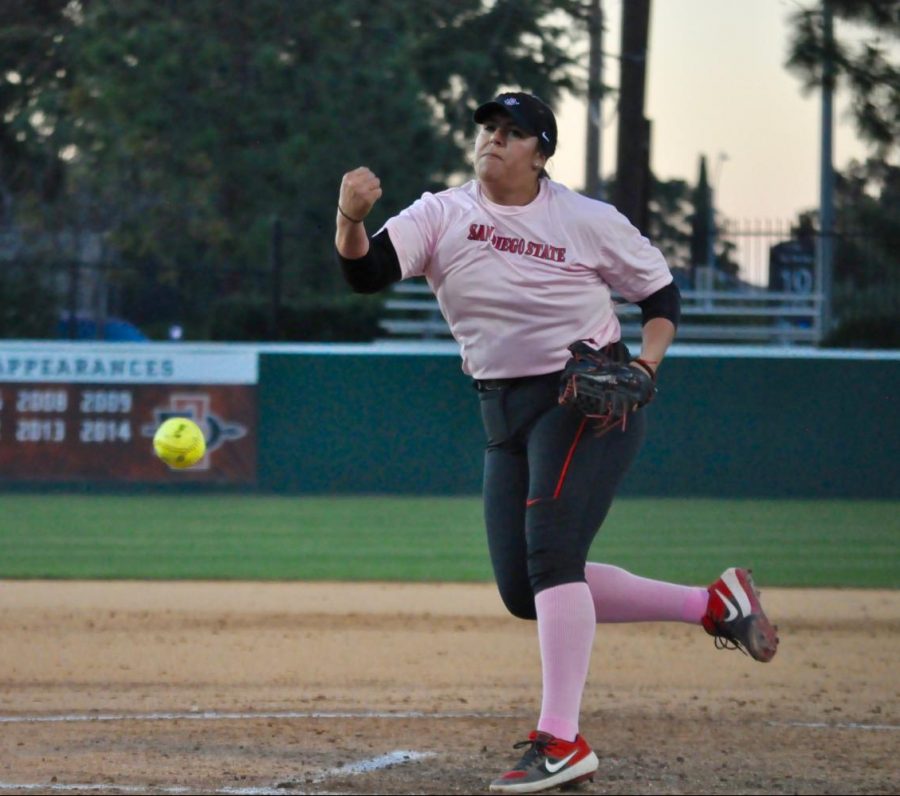 Villanova (12-9) used a six-run sixth inning, highlighted by two solo home runs in the frame, to get the victory.

The Wildcats hit three home runs to go along with nine hits.

Aztecs’ senior shortstop Shelby Thompson said the six-run sixth for Villanova was a result of lack of execution.

“A lot of it came from pitchers falling behind and defense not coming up when we needed to,” Thompson said.

Thompson, who got on via a hit by pitch, scored on a two-run double by sophomore designated player Summer Hargett in the second inning.

Hargett, along with sophomore outfielder Sara Lillie, combined for three of SDSU’s four hits and all four RBIs.

Lillie said the team could not pull out the mid-week victory despite making plays on defense.

“We fought until the end,” Lillie said. “We had some good defensive plays and we really tried to pick up our pitchers and work as a team and still hold our plans at the plate. Unfortunately, we came on the other side of the fence and it didn’t pull it out tonight.”

Lillie went 2-for-3 and hit her first career home run in the bottom of the sixth, all while adding an RBI triple down the right field line in the third.

The Oregon State transfer said her goal at the plate was to keep things straightforward.

“I really wanted to focus on sticking to my plan,” Lillie said. “On the triple, I was doing a hit-and-run, so it kind of took the thinking out of it and kept it simple to ‘see ball, hit ball.’ I was really focused on being on time and it worked out for me.”

The memo of keeping things easy did not get to SDSU’s pitchers.

The trio of senior Marissa Moreno, sophomore Hannah Johnson and freshman Karina Faasisila combined to give up six earned runs and eight walks.

Lillie said the team will have to be more motivated in order to get wins down the stretch.

“We need to build each other’s confidence and keep the pitchers feeling good,” Lillie said. “If we get the sticks going, we’ll be able to support them better tonight and the main key is getting our confidence up and believing in ourselves.”

Aztec softball is a month into the season and through 23 games, they stand at 14-9.

Thompson said the team is still growing and has not yet peaked.

“We’re still on the upward climb,” Thompson said. “We’re not where we want to be and have not reached our full potential yet.”

SDSU heads to Long Beach State this weekend for the Louisville Slugger Classic where they play five games in three days highlighted by two doubleheaders on Saturday and Sunday.

Thompson said the team will have to regroup when they head up Interstate 5.

“(We need a) different mentality going in there aggressive and how we’re used to be,” Thompson said. “We have to have each other’s backs.”