Preview: Department of Classics and Humanities to bring Game of Thrones characters to life at Scripps Cottage 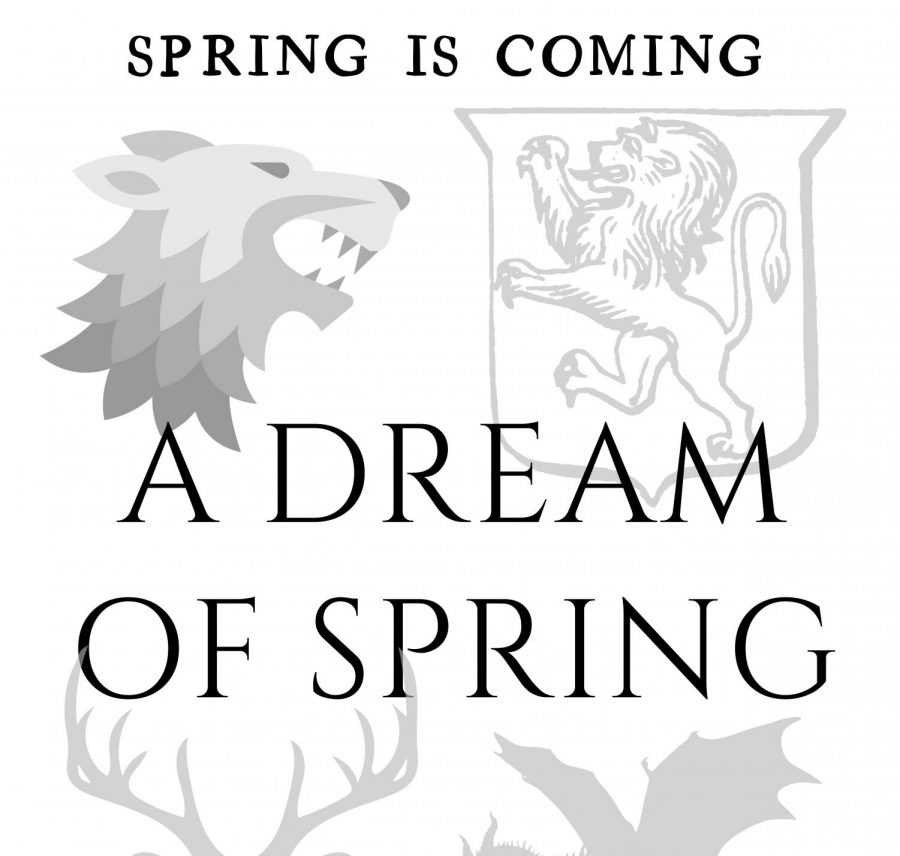 Dragons, War, Fire, & Desire: An Interdisciplinary Symposium on the Literary and Cinematic Adaptations of Game of Thrones & A Song of Ice and Fire will take place on May 1 at Scripps Cottage.

San Diego State fans of the HBO series “Game of Thrones” will soon be able to experience live reenactments of Arya Stark’s most famous duels and interact with Daenerys Targaryn at Scripps Cottage — all thanks to the university’s Department of Classics and Humanities.

In collaboration with Umanisti, a classics and humanities student organization, the Department of Classics and Humanities is hosting “Dragons, War, Fire, & Desire: An Interdisciplinary Symposium on the Literary and Cinematic Adaptations of Game of Thrones & A Song of Ice and Fire” on May 1.

Dr. Pam Fox, professor in the Department of Classics and Humanities and Department of Religious Studies, said she binge-watched the entire series in a year.

“Fans have lived with this Shakespearean fantasy world for a decade,” Fox said. “Now that the HBO series has concluded, as we await George R.R. Martin’s final books and the true ending, I wanted to create the conference I wanted to attend but wasn’t happening in this country.”

The event will bring that fantasy world to life for SDSU students — with a medieval reenactment society in attendance who will perform a number of scenes from the show.

Barony Calafia will be camped on the grassy slope and will stage a battle at high noon. The event will also feature a Queen Calafia medieval quartet, a falconer, a Daenerys impersonator, fencers reenacting some of Arya’s most famous duels, along with a student-directed play.

The event will also have panels and presentations from various scholars and speakers examining the different complex concepts of the show and books. 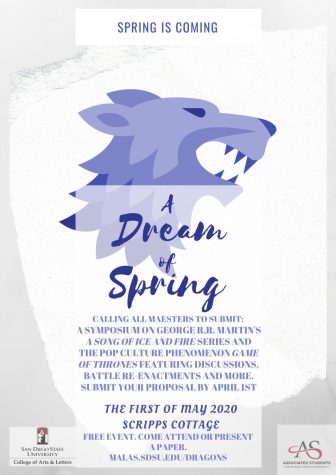 President of Umanisti and classics senior Kelsea Holian said she hopes the entertainment draws people to attend the academic discussions surrounding the show.

“We are hoping to have presenters cover topics such as medieval history, production and film aspects, literary criticisms concerning archetypal themes or characters and philosophical insights,” Holian said. “(We also want to) address how did the largest pop culture phenomenon of the last decade be practically erased from pop culture after a final season?”

This festival aims to bring together “Game of Thrones” fanatics and educate everyone about the medieval time period and the book-turned-show’s literary aspects, Liberal Arts and Sciences graduate student Daniel Warren said.

“Fiction is only compelling if it’s based in reality,” Warren said. “We want to help students expand their knowledge and realize why this was such a pop culture phenomenon. Maybe this event will also inspire people to start reading and watching ‘Game of Thrones’ if they’ve never seen it before.”

Warren said he is assisting in a creative capacity and is producing a student-directed play for the symposium.

That play, “The Bloody Hand,” is a humorous play-within-a-play, where viewers are more aware of the plot development than Arya — while she is in one of the Free Cities, Braavos.

Warren said he enjoys being involved in theater productions and finds the hard work rewarding.

“I’d rather be a bad actor than a good banker,” he said. “I enjoy so many aspects of theater.”

Fox described Game of Thrones as a “a litmus test for our understanding of today’s world in comparison, which is why speakers are from so many different backgrounds: philosophy, literature, film, psychology.”

The symposium is funded through grants from Associated Students, the College of Arts & Letters dean’s office and the Master of Arts in Liberal Arts and Science program.

The “Game of Thrones” lovers-dreamworld will be free for all attendants and take place throughout the day at Scripps Cottage.