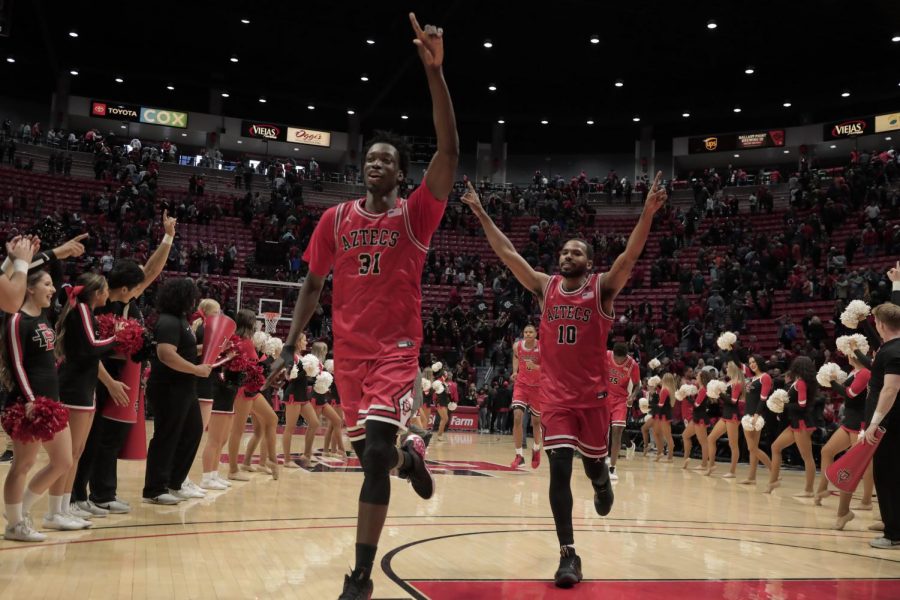 As with every other program in the country that had to endure the cancellation of the NCAA Tournament, San Diego State men’s basketball may not have finished its season the way it wanted to but still made its mark in school history.

The Aztecs finished No. 6 in the final AP Poll of the season, tying the program’s highest finish in the rankings since the 2010-11 season.

Despite their loss to unranked Utah State in the Mountain West conference tournament final, the Aztecs only slid two spots down from their previous ranking of No. 4.

SDSU had a season full of team accomplishments that included becoming the nation’s last undefeated team and starting the season off a program-best 26-0 before suffering its first loss on Feb. 22.

Many will look back at this season for “what could have been,’’ but the 2019-20 season will be remembered for years to come.