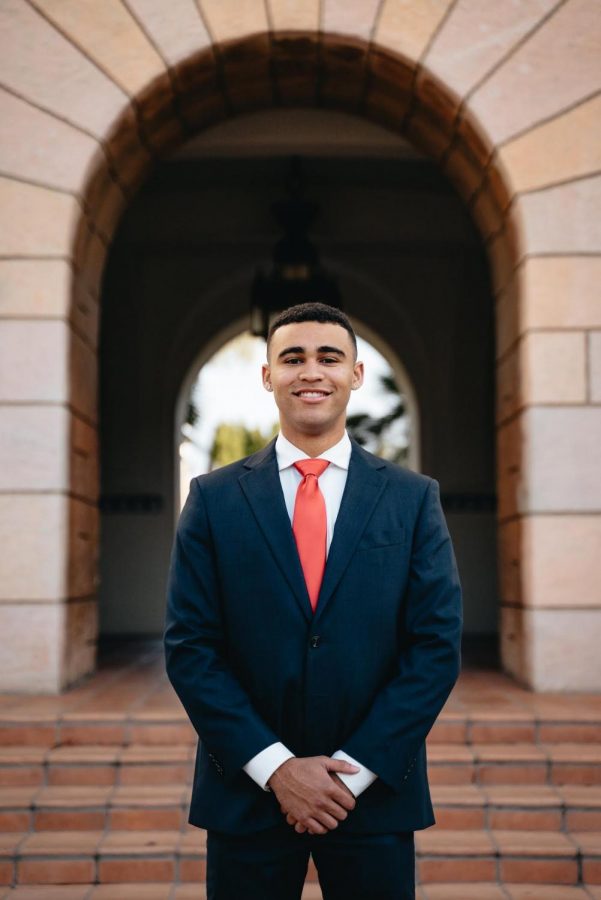 Major: International Security and Conflict Resolution with an emphasis in Justice in the Global System and a minor in French

Why do you want to run for VP of Financial Affairs?

“As an out-of-state student raised in a single-mother household, I understood what it is to have financial pressures. When I came to SDSU, there weren’t as many accessible resources as I needed and I was dealing with a really high cost of living. I was constantly focused on my finances instead of my individual success, and with that, I don’t want any student at SDSU to feel that way.

“Through Associated Students, I’ve learned that we have a plethora of resources and there are so many different ways that students can be supported through funding, or our on-campus food pantry, or our economic crisis response team, and so on and so forth. I think there’s just a limitation in regards to transparency and overall access.”

“I’m currently a student-at-large in the Financial Affairs Committee, which is what the VP of Finance oversees. Furthermore, I’ve been on the Aztecs Rock Hunger leadership team for the past two years serving as a residence hall coordinator and the special leads project, which has allowed me to see this campaign in multiple facets, preparing me to be able to take it over.

“Furthermore, as a Campus Community Commission representative right now, I focus on community relations and campus safety. I’ve gone into diverse aspects of the community and surrounding community to understand what people need and really hear how I can support them.

“I was a part of the first-year Leadership Experience Program where I was mentored by an A.S. executive. My mentor was Christian Onwuka, who was the VP of Finance at that time. I saw how it ran through that year. I also have involvement in other organizations, which has given me a diverse perspective of what it is to be at SDSU.”

“The biggest thing that I would like to change is financial transparency and access. With that, I feel like a lot of students don’t necessarily have trust, whether it is in student leaders or the administration because there is not really any follow up. We have an increase in tuition and we never figure out where our money goes. With the Sophomore Success Program, no one was taught where their money goes, so I’d like to increase financial transparency by actually going into the Office of Housing … or the Department of Transportation, breaking down their budget and then marketing that to students so that they understand where those fees are coming from and how it’s supporting them as individuals.”

“I would love for the overall engagement in the Aztecs Rock Hunger campaign to remain, and if anything I’d like it to grow. Every year we’ve broken records and helped out so many people in the general San Diego community. All the monetary and food donations go to the Jacobs and Cushman Food Bank of San Diego, which is the food bank that provides the food for us here on campus for our on-campus food pantry. It’s a great cycle and I’d just like students to be more prepared and more engaged in this campaign and acknowledge that food insecurity isn’t just a three-week concern, but a year-round concern for some people.”