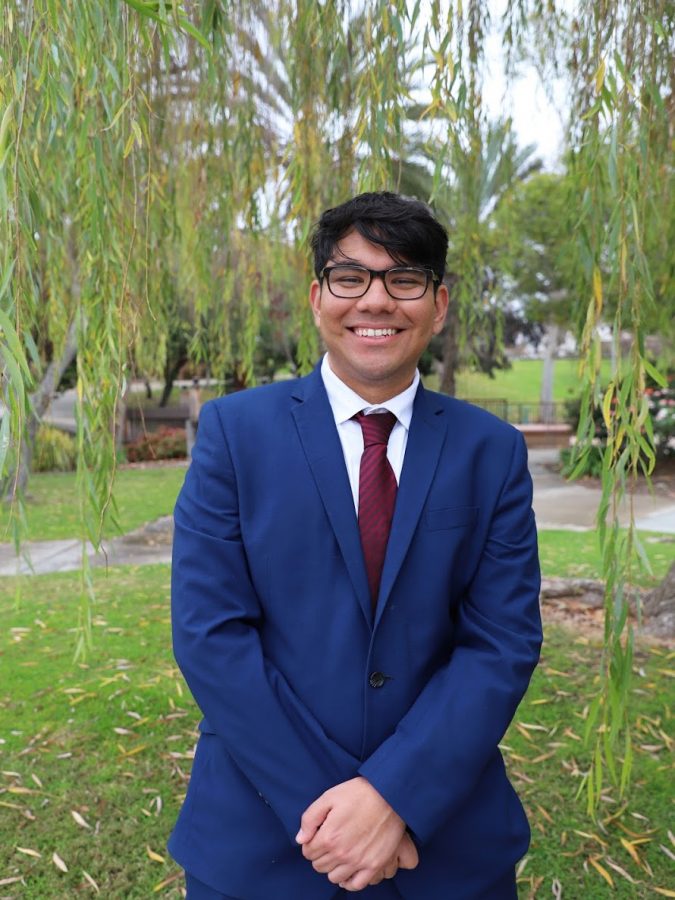 Major: Political Science with a minor in Rhetoric and Writing Studies

Why do you want to run for Vice President of External Relations?

“I’ve always had a desire to run for (this position). I always felt that there were people more qualified than I who could handle the position and do a better job and that I should learn from. I guess a great example of this would be when Michael Wiafe and Latrell (Powell) ran. Michael ended up being a wonderful vice president of external relations, and he is someone who I admire greatly, who has helped me a lot to grow as an individual and as a leader. And it wasn’t until he told me that he had wished when he was done with the position that I had run that I realized maybe I should consider it. And Angie (Espinoza) has been a wonderful vice president of external relations as well. I just felt like this was the time — that I had been mentored under the tutelage of two wonderful VP’s of external relations and that knew the job in and out. I felt like I was ready to handle the responsibilities of the job.”

“I think a lot of people automatically assume that just because I’m the vice president of the College Democrats, that I’m only going to be partisan or partial to one side. That was something that I had to address first-hand. I’ve worked for both sides of the political spectrum, and I feel it’s a lot more than just talking to politicians. It’s about being an advocate. I think my job as Lobby Corps chair has really allowed me to learn how to be a better advocate, to include student voices and to really understand how legislation directly impacts and correlates with all the communities here on campus.”

“I think the thing that we can definitely have a positive change in is with our relationship with Imperial Valley Campus. That’s one of the great things that my team and I have been working on is figuring out ways that we can include them in a conversation because we often talk about main campus and the expansion that we’re having here and the lack of resources that we have here. But we often forget that if we’re struggling with resources on the main campus, you can only imagine the lack of resources that Imperial Valley has.”

“As we are moving into Mission Valley, and figuring out how we’re going to further expand — I understand why we need to expand — I feel the way that I can directly create change is by having a team that is well rounded in all issues and all aspects of campus life. I could do a better job at the capital advocating for everyone at SDSU, not just those that main campus.”

“I think going back to Michael Wiafe, one of the many things that he’s done well is including students in the CSSA process. CSSA is the California State Student Association. He brought students, freshmen and sophomores, all walks of campus, to these meetings, where usually it was only the executives. (He did so) to give them a better understanding of how CSSA works, to give them a better understanding about how system-wide policy is instituted. I think his leadership and tutelage under Rock the Vote, and how many students that he’s registered, is something I would love to continue.”

“With Angie (Espinoza), she did a fantastic job highlighting the different communities here at SDSU. I think the different cultural resource centers that we have on this campus got a new breath of fresh air under Angie. I think that she really did a good job in highlighting parts of their history and parts of their month that I didn’t know about personally, like the Filipinx History Month or Latinx Women History Month. There are things like that — posting that and advocating for that — I would love to continue.”