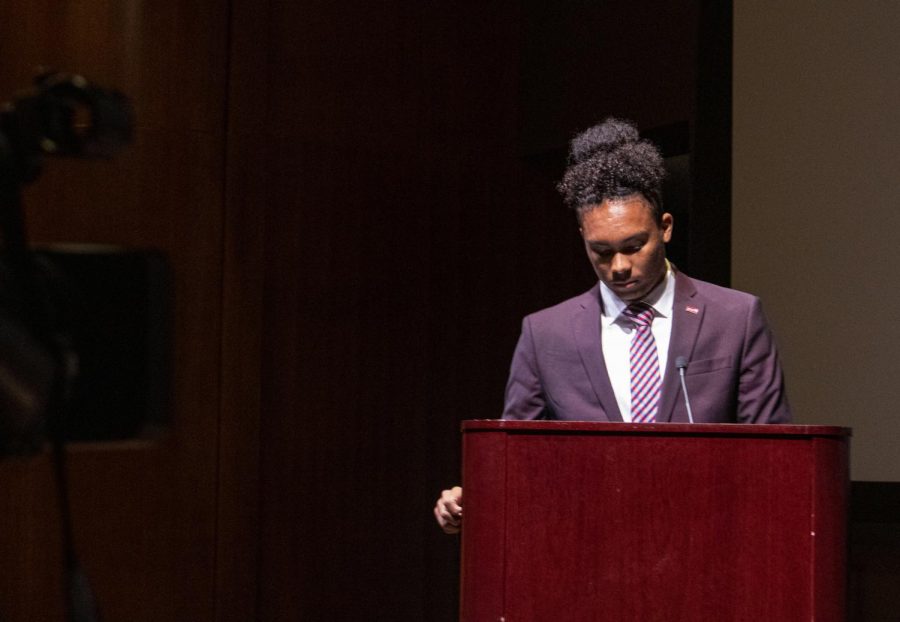 Not even a week before candidates in this year’s Associated Students elections were able to launch their campaigns, San Diego State’s campus went from its normal, bustling self to an unfamiliar ghost town. The coronavirus had tightened its grip on the community, with all classes required to go virtual starting March 13.

The mandate to move all classes online had an unspoken but obvious impact on the student elections. With very few people on campus, candidates now have to bring their message to students almost entirely through social media.

Campaigning for student elections wasn’t allowed to begin until March 13, but the candidate slate SDSU 2020 Vision already had more than 700 followers upon launching its Instagram account that Friday.

This put Holt and his slate hundreds of Instagram followers ahead of the competing group in a campaign that’s almost entirely dependent on social media outreach.

“I certainly find that to be pre-campaigning,” said Armando Sepulveda II, who’s running with Serve SDSYOU for vice president of external relations.

He went on to say, “now that this entire campaign is digital, it just provides an unfair advantage for them.”

Holt declined to comment on the matter, but he told the elections committee he thought reusing his previous account was okay because the elections code didn’t account for it.

The committee ultimately voted in his favor.

An “Unfair Advantage”
Members of Serve SDSYOU are adamant the recycling of a previous campaign account on Instagram puts their slate at a severe disadvantage going into this week’s election.

As of March 22, the Serve SDSYOU Instagram account had 539 followers while the SDSU 2020 Vision account had 1,179 — about 770 of which were obtained before the launch of this year’s campaign season.

Instagram policies prevent new accounts from following more than about 100 profiles daily in an effort to reduce spamming, which Serve SDSYOU slate members cited as a hurdle in narrowing the follower count gap.

Considering the number of students who actually vote in A.S. elections — about 12.6% of the student body in 2019 — every vote makes a difference. Last year, the executive vice president position was handed to Kyla Blaylock after she obtained a 262 vote lead over her opponent, now-presidential candidate Holt.

Other races have been determined by far slimmer margins.

And with a large number of SDSU students not even living in San Diego due to the current pandemic, candidates fear voter turnout could be lower than normal. All students living on campus were required to move out last week in an effort to contain the virus.

With this in mind, Sepulveda II said SDSU 2020 Vision’s decision to recycle a previously used Instagram account jeopardizes the integrity of this year’s election results as a whole.

“This is very unprofessional,” he said. “This is very suspect. I would not feel confident in the results of this A.S. election.”

Four committee members voted in favor of marking SDSU 2020 Vision in violation of election code, with three voting in opposition and two abstaining.

The election code includes some bylaws regulating social media use in campaigns, but nothing pertaining to the reuse of a previous campaign account. Committee member Abby Hansen said it’s difficult to justify punishing Holt’s slate for violating a rule that doesn’t currently exist.

Committee member Margot Ermer said she understands Serve SDSYOU’s frustrations and agrees the reuse of followers could help to secure a win for their opponents.

“I feel like it has to be incorporated somewhere under pre-campaigning because this is a really unfair advantage,” Ermer said. “If I was running, I’d be pissed.”

Ublado Martinez, who is running for executive vice president with Serve SDSYOU, said the committee’s decision is not protecting the best interest of students.

“I think the reason (the committee) exists is to interpret and make these decisions based on the best interest of the entire election, and I don’t think that was really being done,” Martinez said.

A.S. elections will be held from March 23 to 26. Students may vote online through the webportal system.