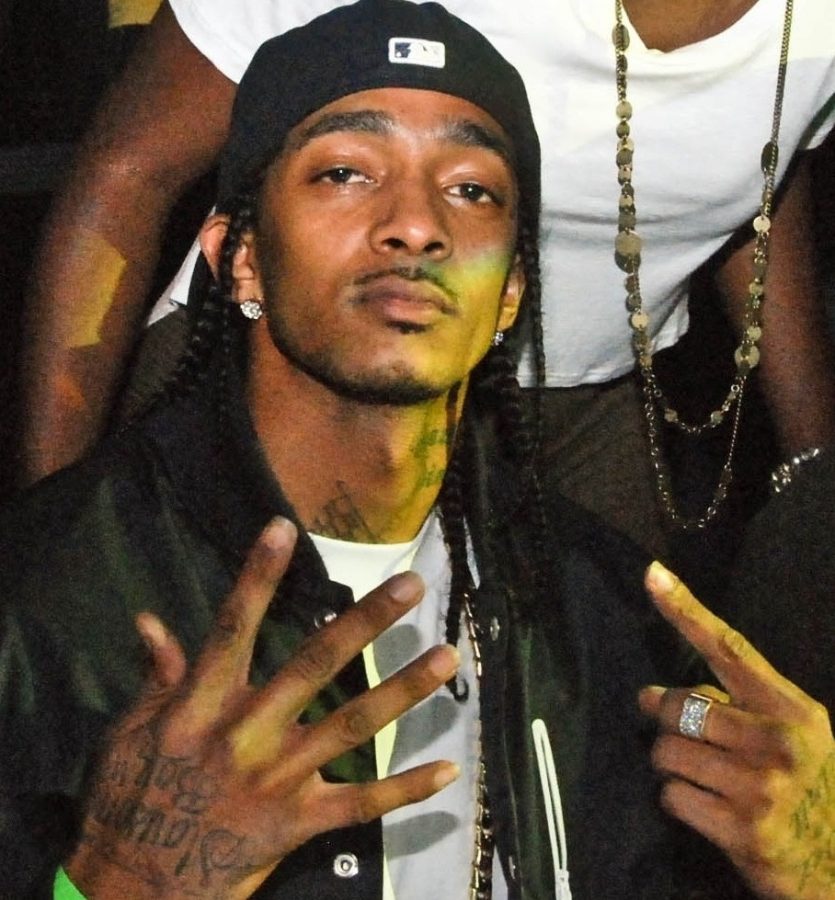 One year ago, the music community was left in shock when Grammy-winning rapper Nipsey Hussle was shot and killed outside his store in South Los Angeles.

Following his death, people throughout the world came to see the impact Hussle had on his community.

That impact is something that has gone all the way from Hussle’s hometown in the Crenshaw neighborhood in Los Angeles to across the world. His fans have found different ways to honor and carry on his legacy.

At San Diego State, that impact is felt most by a number of student-athletes who all say Hussle has inspired them in some way.

The Daily Aztec had the chance to talk to three athletes on campus — all of whom are natives of the Los Angeles area — so they could share how Hussle has impacted them personally.

Eden is originally from Los Angeles, and because they share the same hometown, there’s already a personal connection Eden has right off the bat.

“You could really see the maturity,” Eden said. “He was trying to make a change for everybody, not just for himself.”

Hussle was known for investing his money and giving back to the place where he grew up, which is something he discussed in an interview with the Los Angeles Times in 2018.

“Growing up as a kid, I was looking for somebody – not to give me anything – but somebody that cares,” Hussle told the LA Times.

Hussle showed this by doing various things to give back to his community.

He did things like opening up a store that sold low-cost necessities in Crenshaw and even opened a STEM center for low-income students in the Crenshaw area.

Even in his final moments, Hussle was at his store giving clothes to a friend of his that had recently gotten out of prison — just before the 33-year-old rapper was shot and killed.

This mindset is something that touched Eden — so much so that he wanted to get something to remind him of Hussle’s legacy forever.

Eden has two tattoos dedicated to Hussle, one that has the letters “TMC” which stands for his 2011 mixtape “The Marathon Continues” and another with the logo of Hussle’s record label “All Money In.” 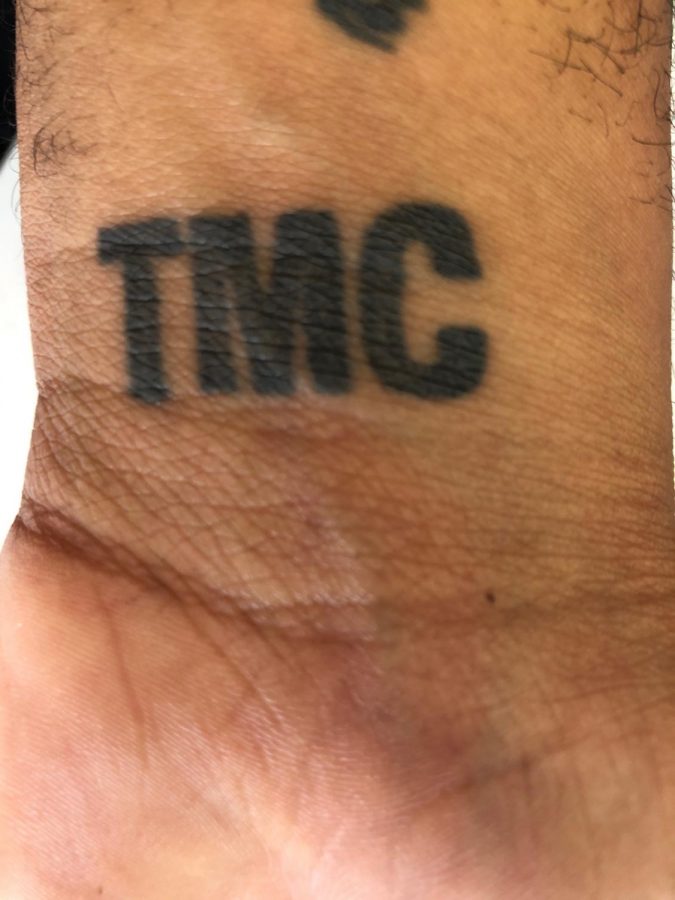 “I got the tattoos mainly showing tribute to Hussle, and he was my favorite artist,” Eden said.

Eden says the mindset Hussle had is something he tries to carry with him on the baseball field.

“(Hussle) said, ‘One quality about me is that I never gave up, I go through every emotion to get to where I’m trying to go,’’’ Eden said. “I feel like everyone can relate to that.

“With baseball, what’s common is blood, sweat and tears. You feel every emotion, you go through it all, so I feel like we can all relate to (Hussle).”

The Pasadena native has been listening to Hussle since he was in middle school.

For Hall, Hussle’s music has been a source of inspiration.

“His whole fan base felt his passing, it’s crazy because he really was just motivation for everybody.”

Hall said the phrase “the marathon continues” is something that helps him to persevere through tough times.

“‘The Marathon Continues’ was just one thing, it shows his whole life story, and how he never stopped,” Hall said. “Things may not always work out for you, but you keep taking a step forward.”

Hall’s favorite song by Hussle is “Face the World,” from his 2013 mixtape “Crenshaw” where the main message is dealing with struggles in life and persisting through them.

“That’s always stuck out as my number one,” Hall said. “Just the things that he says in the song, it’s a good song, some of the ideas he talks about, how not everybody that calls you their friend loves you — how it’s important to be mindful of the people around you.”

Feagin started listening to Hussle early in his career back in 2011 during Feagin’s freshman year of high school.

“Before his passing I was just a big fan of his music,” Feagin told The Daily Aztec.
“Being from the West Coast, he was just West Coast music to the core, he was just kind of creating his own lane.”

Before Hussle’s death, like many people, Feagin didn’t know much about the charity work and impact Hussle made in his community.

Feagin grew up in Carson, no more than 30 minutes away from Crenshaw, so he saw firsthand how the community reacted to his passing.

Feagin said Hussle’s impact is what will go on to define him forever.

“I started seeing how influential of a person he was and the impact he had on LA and the world,” he said.