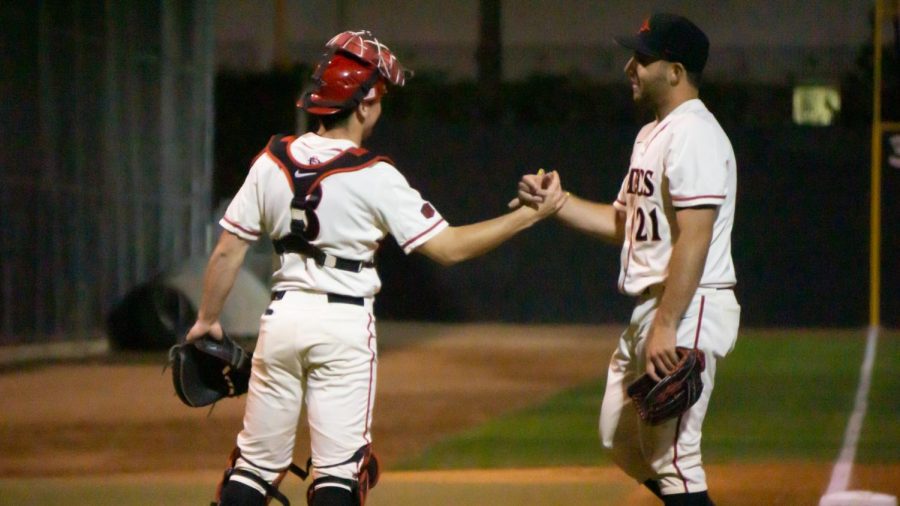 Sophomore catcher Wyatt Hendrie (left) and sophomore pitcher Brian Leonhardt (right) congratulate each other during the Aztecs’ 4-1 win over Iowa on Feb. 21 at Tony Gwynn Stadium.